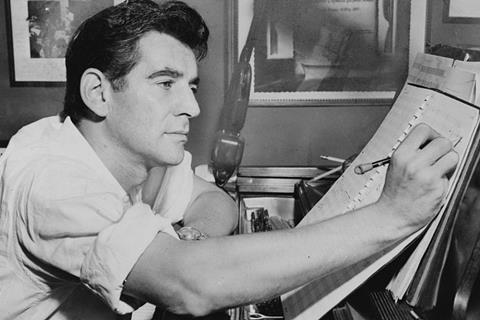 The Leonard Bernstein Office has announced worldwide celebrations of what would have been the composer and conductor’s 100th birthday on 25 August. Among the highlights on the day is the London Symphony Orchestra’s concert performance of Bernstein’s first Broadway hit, On the Town, at the BBC Proms. Elsewhere the Baltimore Symphony Orchestra plays Bernstein works at the Edinburgh International Festival, the Tonkünstler Orchestra gives an all-Bernstein gala concert at the Grafenegg Music Festival in Austria and the Tanglewood Music Festival climaxes with a gala concert, including selections from works such as Candide, West Side Story, Mass, and Serenade.

Leonard Bernstein At 100 is a two-year global celebration, featuring over 3,500 events on six continents. It launched last September at the Kennedy Center in Washington D.C. and will continue through August 2019. For a full list of events surrounding the birthday visit leonardbernstein.com/news/calendar