The Israeli violist passed away aged 71 of breast cancer 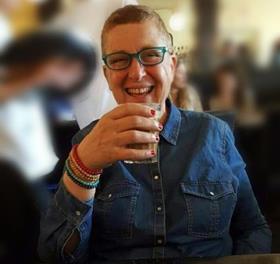 Violist Mira Menza passed away on the 20 November 2021, following a battle with breast cancer. She was 71.

Menza was born in 1950 to a musical family in Jerusalem. She was raised in Tel Aviv, going on to study the viola in Holland, where she worked with the Dutch Philharmonic Radio Orchestra.

She returned to Israel, becoming a founding member of the Israeli Symphony Orchestra Rishon LeZion (ISO) in 1988. The ISO went on the following year to become the resident orchestra of the Israeli Opera. She also performed with the Israel Philharmonic and the Israeli chamber ensemble.

The Israeli Opera stated on Facebook, ’Mira Menza was a source of light and joy in the opera house for many years. Everyone knew her and loved her… Even after she retired, Mira continued to come to our opera productions and to come after the performance behind the scenes and say good words to everyone.’

The news of Menza’s death came days after the passing of another prominent Israeli musician, harpist Ruth Maayani.