Premiere of the month: Shifting shapes 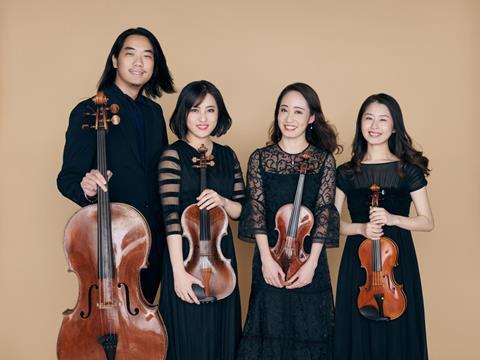 ‘Writing a string quartet is a funny business,’ says Japanese–British composer Dai Fujikura. ‘The sound has an elasticity that’s unique; it’s the only combination that continually allows you to form one shape into another, and then another. In a way, really, it’s the only thing it lets you do.’

As Fujikura explains, the idea of transformation lies behind his new quartet. ‘I don’t like music that only has one surface,’ he says. ‘I like tactile things. Is it hard? Is it soft? Does it bend? Can you squeeze it? Does it have a chewy centre, or a crispy one? Then the question is how to move between them. In this piece I don’t do it in a snappy way; it’s more like a long metamorphosis.’

The work’s liquid nature led him to settle on its title, Aquarius, though not without a little hesitation. ‘My hero is Tōru Takemitsu – who was very good at titles – but that means there are some watery words I have to avoid because he used them so well.’

Fujikura wrote the piece, which lasts a little over ten minutes, for the Amabile Quartet, a young Japanese group that in recent years has won prizes at the ARD Music Competition and the Young Concert Artists International Auditions. The players met Fujikura when they performed in a concert of the composer’s music in Tokyo, after which they became his ensemble of choice.

‘It’s unfortunate for me that they’re so successful! They’re hardly ever available, so I have to make the most of the opportunity to work with them,’ he says. ‘Regardless of who I’m writing for, my question is hardly ever whether something is possible, but whether it will let the performers play with their best sound. If they can’t, there will be a moment on stage when the magic is lost, and that doesn’t make either of us look good. A film director should be able to get everyone involved to give their best performance, and I think the same is true of a composer.’