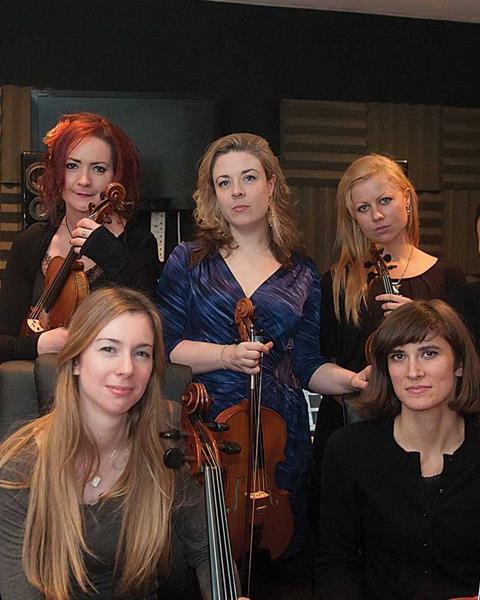 A new collective of London-based string players aims to make the TV and live session scene less about looks and more reflective of the depth and diversity of musical talent in the city. 'We value substance and style,' said violinist and violist Abigail Dance, co-founder of the London String Collective.

Dance (pictured, centre, with fellow members of the collective) was first inspired to set up a group after some of her students complained that they would never get to play the violin with their favourite performers on TV because 'the people playing on TV didn’t look like them'. Her conviction was strengthened when, along with some string-playing friends, ?she was approached for work, 'but instead ?of the agents wanting evidence of how well we could play, they sent through what amounted to a modelling contract.'

The collective was formed when she found a collaborator in musical director and producer Mahlon Rhamie, who had been disappointed by the quality of agency-sourced session musicians. 'He decided that the only option was to find someone who could set up a pool of musicians with him,' said Dance.

The collective launched with 15 players, including both women and men. They are all classically trained but have a ?variety of backgrounds in jazz, gospel, big band and world music. There is also a diversity in ages, from mid-20s to early 40s, which Dance views as important in challenging the upper age caps that, she has observed, often accompany the looks requirement in session jobs.

She said that the interest shown in the group so far by producers has been encouraging: 'The projects we've been offered show that there is a desire for something new, as well as a place for the more traditional all-girl group.'