The composite material, which uses the silk’s vibrating properties, has been developed at Imperial College London 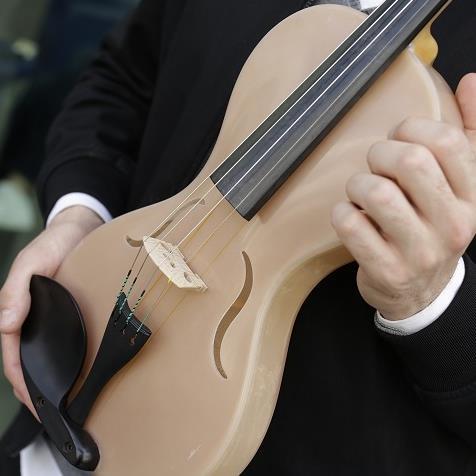 A composite material including spiders’ silk has been developed at Imperial College London and used to make two violin prototypes.

Luca Alessandrini, a postgraduate from the Dyson School of Design Engineering, developed the material, which was used to make the violins by carbon instrument specialists, mezzo-forte Stringed Instruments and CarbonKlang. The violins feature three strands of golden silk, spun by an Australian Golden Orb Spider, in their top side.

‘The amazing properties of spider’s silk mean that it serves many purposes,’ said Alessandrini. ‘It’s a home, a net for catching food and a means of communicating - via vibrations - when prey is ready to be pounced on and devoured. Spiders’ silk has only previously been exploited as string in bows for instruments, but I’ve discovered that the amazing resonating property of spiders’ silk has massive potential uses in instruments themselves.’

The composite material of silk fibres and a binding agent can be mixed to customise different sounds and theoretically could be used to improve or vary the acoustic properties of any number of instruments.

Alessandrini developed his material in conjunction with the Associazione Nazionale Liutai Artistici Italiani. He also showed the violins to Royal Academy of Music, London professor Peter Sheppard Skaerved, who commented:

‘I have been working with great violinists my entire career and I have been in discussions with makers and players about the limited capabilities of other manmade materials such as carbon fibre. These have not seemed to offer the organic subtleties of wood. My encounter with the prototype instrument developed by Luca has filled me with excitement. This approach offers a tremendous opportunity to move forward instrument making, using new materials in a way I have long hoped.’

Watch the violins being played 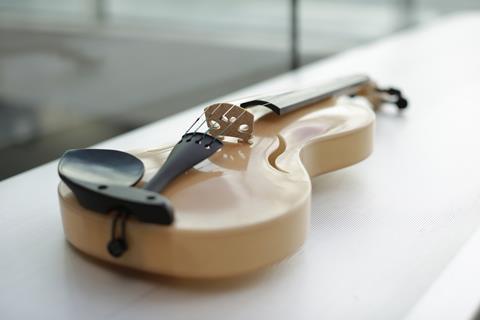 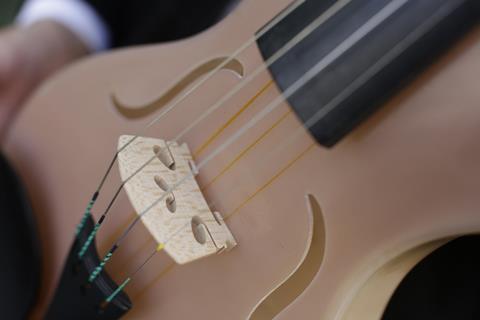