Marsch–Impromptu sheet music could be key to Mittenwald buried treasure 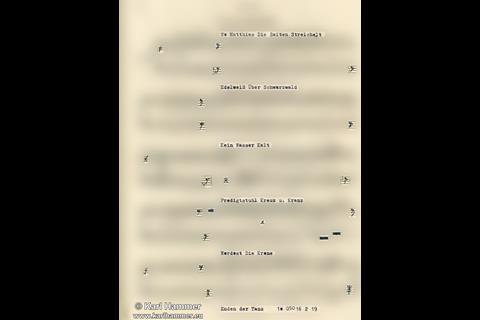 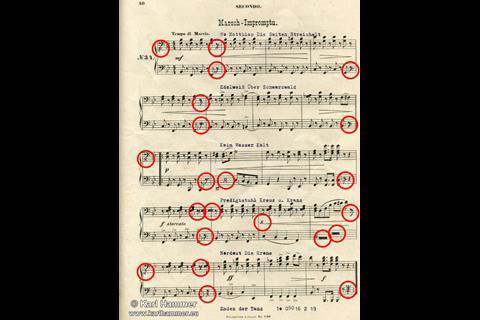 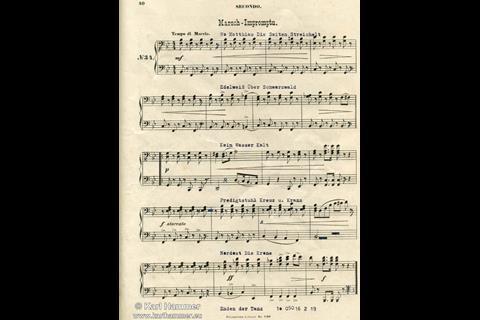 Mittenwald in southern Germany has been playing host to a treasure hunt by Dutch film-maker Leon Giesen, who believes that gold and diamonds hoarded by the Nazis lies buried somewhere in the town. The clues are allegedly to be found in the sheet music of a ‘Marsch–Impromptu’ by Gottfried Federlein, pictured here. According to Giesen and journalist Karl Hammer Kaatee, the marks and typewritten comments above each line of music may have been added by Hitler's private secretary Martin Bormann, as clues to the whereabouts of the so-called 'Tears of the Wolf'.

To navigate through the gallery, click on any picture and use the left and right arrow keys to scroll through the images. To read the news article on Giesen's treasure hunt, click here