Born into a turbulent period of history, the 18th-19th century maker was among the first French luthiers to appreciate Stradivari's radical ideas 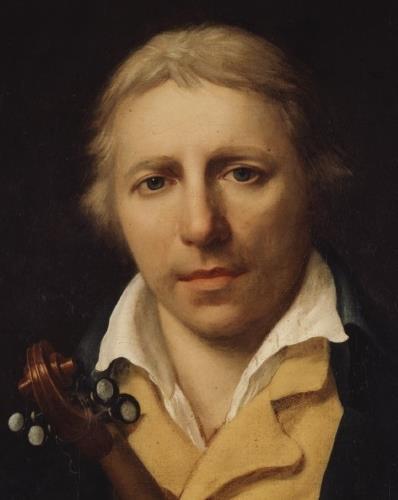 The following is an extract from The Strad’s Nicolas Lupot feature, published in the February 2016 issue

It would be no exaggeration to state that Lupot brought together the methods and traditions of the Mirecourt school (known from his own family tradition) and those of the Cremonese instrument making that he was exposed to in Paris. I

n La chélonomie, he names four elements that go into the production of a perfect violin: ‘la qualité, la liberté, l’égalité, la force’ (quality, freedom, equality, strength). In this case, ‘l’égalité’ refers not only to the equal length of the strings, but also perhaps to the mathematical approach with which a luthier should lay out his design, with all proportions adhering to a precisely defined plan; he emphasises the use of a compass throughout.

Some of the other principles delineated in the book are:

*The model should not be so small that the bass is compromised, nor too large that notes in the treble range are lost.

*The volume of air in the soundbox should be calculated precisely (only excluding the bass-bar and blocks).

*The spruce and maple must be very carefully chosen. (22 kinds of spruce exist according to the Abbé Sibire, who also distinguishes between ‘male’ and ‘female’ trees, the females apparently bearing more pliable wood).

*The back should be made from a single piece of maple, as it provides more resistance.

*The thickness of both the front and back should be measured as accurately as possible, with the back plate thick in the centre.

*The bass-bar should be set strictly parallel with the joint, and fitted with a slight tension