Violinist and Metropolitan Opera concertmaster Benjamin Bowman has spent his entire playing career in search of ever more subtle and responsive bows. Here, he charts the beginning of his journey to finding his ‘forever bow’

The following is an extract from The Strad’s August 2020 issue in which Benjamin Bowman describes his journey to finding his ‘forever bow’. To read in full, click here to subscribe and login.The August 2020 digital magazine and print edition are on sale now. 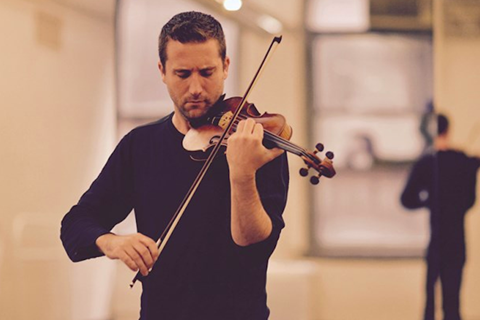 My personal bow journey began when I was about eleven years old. I was living in Brandon, Manitoba, a small Canadian prairie city. It was a great community in which to grow and learn (not much else to do!), but it was a tough place to find good instruments and bows. We would drive south-east to Minneapolis – about nine hours on the road – when we needed something serious. I remember bow shopping for hours with my dad, marvelling at the different sounds that bows could extract, trying to understand what made a good bow.

On one such trip, I came away the proud owner of a tortoiseshell-mounted Marcel Lapierre – my first full-size bow. I was proud! It was octagonal and orange-coloured. The frog was beautiful. I remember wondering why a bow would be octagonal rather than round. Did the colour of the wood make a difference?

A couple of years later, I was at Meadowmount summer course. I loved it there, boot camp though it was. I would practise from about 8am to 10am, and then for the remaining two required hours I would fake it (playing intermittently to appear engaged) while watching game shows on my little black-and-white TV (The Price Is Right followed by Family Feud) and snacking on junk food. One day, I got my fingers mixed up as I was reaching for a Pop Tart and I dropped my Lapierre bow on the floor. The head exploded into two pieces. The hair was suddenly in a limp puddle on the floor. I was devastated. I’ve not eaten another Pop Tart to this day.

So, another bow search began. I had some competition winnings saved up, and some insurance money from the Lapierre. I went to a shop in New York and bought one of the very first bows I tried, a Eugène Sartory. I tried it alongside a few other bows that this shop had to offer, but it was pretty clear right away that I had met my match: round stick, robust tone, well balanced, easy to control, immaculate condition. I loved how confident I felt when I played with it. Also, I was assured that this was a smart investment. Investment? I was 14, and I was investing! This would be my main bow for around the next fourteen years, through the thick of my development as a player.

The next thing I knew, years had flown by and I was trading in my Sartory for a Peccatte. At the time, I wasn’t sure why I was doing this, but I knew it had to happen. I needed a change. It was a beautiful bow, with a long camber in a different style from that of the Sartory, allowing for an access to the upper half of the bow that I hadn’t previously known. But which Peccatte did I buy? Dominique, François, Charles? What kind of wood was the bow made from? Who wrote the certificate? Had I seen it under a black light? Did I get an independent expert to inspect it before buying it? Did I pay too much?

Since then it’s become clear to me that a major asset required in this realm is due diligence. Dealers almost always have the upper hand, owing to their regular exposure to the market. I thought I had bought a François Peccatte made from pernambuco. When I sold it later, it was certified as a Dominique Peccatte made from amourette (snakewood).