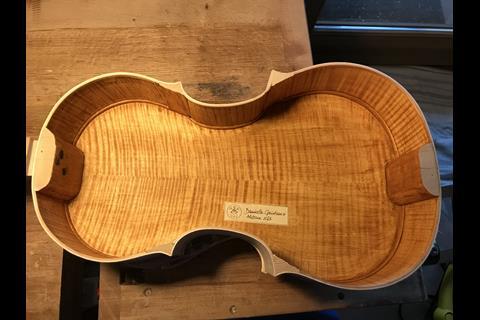 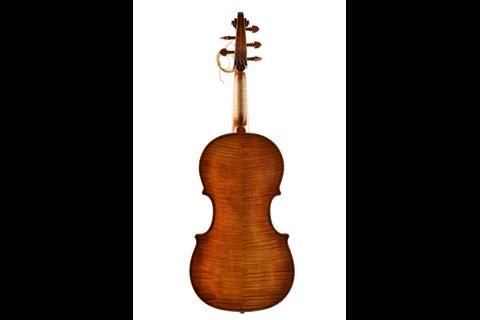 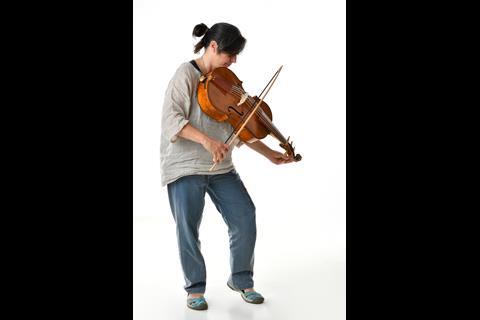 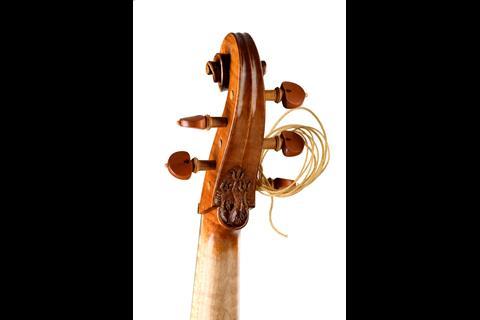 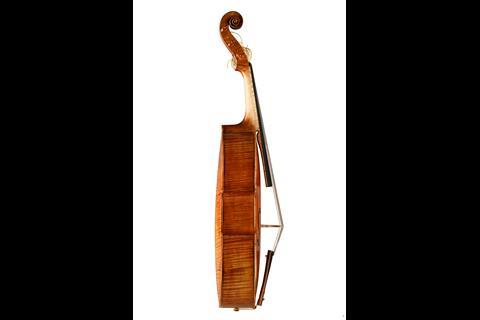 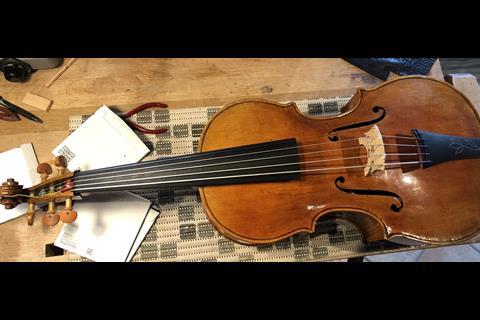 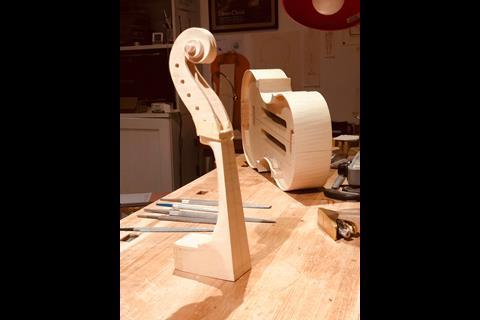 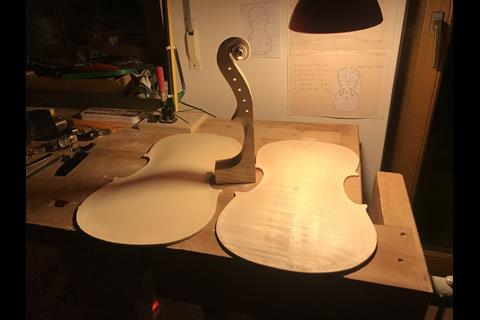 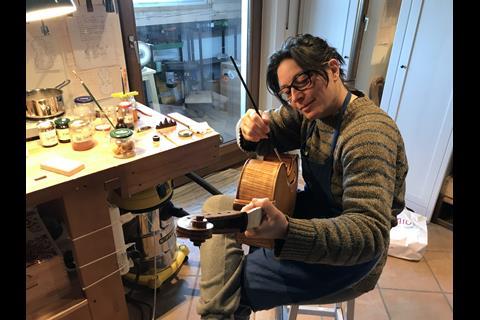 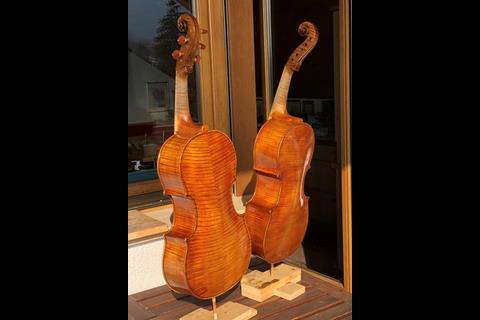 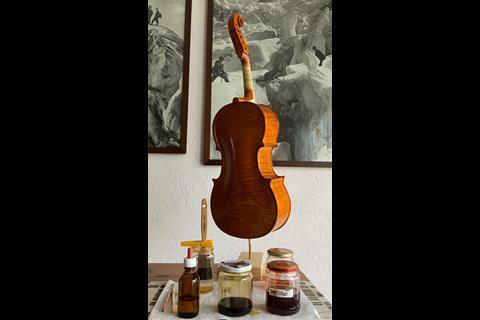 Italian luthier Daniela Gaidano offers an introduction to her ‘shoulder cello’, pictures of the construction process, as well as a video of the instrument in action

The Violoncello da Spalla is a bass instrument of the violin family that players can play with violin and viola technique - that is to say horizontally, not vertically like a cello.

’Violoncello da Spalla’ literally means a small Violone played on the shoulder. The name Violoncello da Spalla was used for the first time by Bartolomeo Bismantova in 1694, in an addenda to the second edition of his Compendio Musicale. It was popular in Europe from the second half of the 17th century to the 18th century. It was then superseded by the violoncello as we know it today.

It is tuned C2-G2-D3-A3-E4: like a cello with an extra string on top. However, I prefer to see it like a violin one octave lower (that was called a tenor), with an added bass string. This gives the Violoncello da Spalla the opportunity to play most of the baroque repertoire for cello. When you have an E string, you can play everything in the first position.

It was not only a solo instrument, but it could be part of the continuo group. Influence from violin players helped make it a virtuosic instrument, using it not only to accompany as a bass but also to realise the continuo with double stops and diminution (embellishments). It was often used as an obbligato instrument in cantatas. Bach used it as a middle instrument, when dialogue between the earthly world and spiritual world (or God) is happening in the sung text.

It took me six months to make my first instrument, and now I am looking forward to making many more of them. I wish for players to try it because it frees the breath and the arms so that the music can emancipate from technical issues.