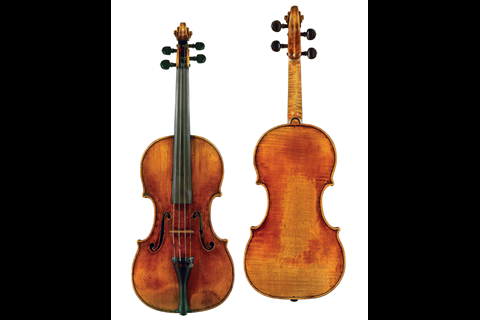 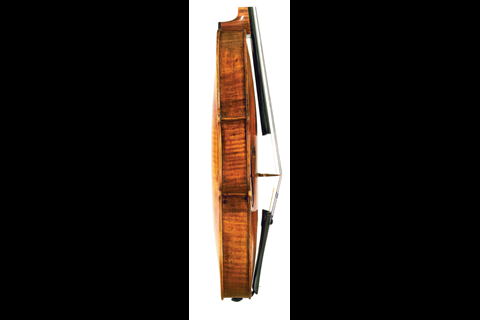 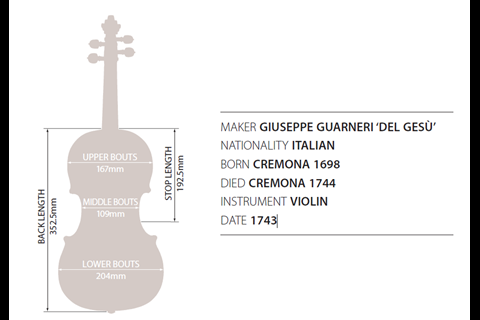 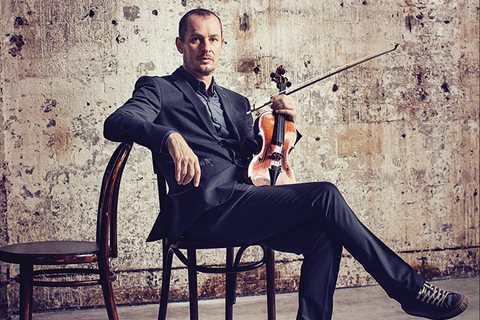 In this article from the April 2007 issue, John Dilworth takes a close look at a violin made when ‘del Gesù’ was at his most imaginative and creative

Maker: Giuseppe Guarneri ‘del Gesù’, the son of Giuseppe Guarneri ‘filius Andrea’ (1666–c.1740) and grandson of Andrea Guarneri (1623–98), is ranked alongside Stradivari as the greatest of Cremonese violin makers in terms of the sound and power of his concert instruments.

History: The ‘Carrodus’ was made in 1743, when ‘del Gesù’ was at his most imaginative and creative, but only one year before his tragically early death.

Its known history begins with a Viennese player named Eller. In the 19th century the violin was acquired by the Scottish dealer David Laurie through Vuillaume. Laurie sold it to an amateur named C.G.Meier, who disposed of it to W.E. Hill. The great English violinist John Carrodus, from whom it takes its present name, bought it from the Hill shop and kept it until he died in 1895.

It then passed back to the Hill shop, from which it found its way to a Major Phillips and then to Felix Landau of Berlin in 1909. It was subsequently taken to America and was played by Ossy Renardy until his death in 1955. It then became part of the great Hottinger and latterly Engleman collections. It has now been bought by a wealthy patron for the use of the Australian violinist Richard Tognetti, artistic director of the Australian Chamber Orchestra.

Varnish: The violin bears a full and original coat of golden–red varnish in a polished but pure state.

Purfling: Typically slender and rather forced in style, with short, indeterminate ‘bee-stings’. Outline This is the largest of the models by ‘del Gesù’, but it is based firmly on the classical Amati form.

Arching: Full and rounded, the arching confirms the Brescian influences also notable in its companion violin, Paganini’s ‘Cannon’, made in the same year.

Construction: Evidently built on the traditional Cremonese inner form, the pine linings are morticed into pine corner blocks, and the back and front are located on to the end blocks by small pins abutting the purfling at each end of the body.

The interior pinhole mark, found in all instruments made by the Amati family and their direct followers, is evident slightly above the centre point of the back.

Scroll: The open windings of the scroll relate this violin very closely to the ‘Cannon’. Its heavy, almost brutal appearance was possibly caused by the failure of ‘del Gesù’ to trim the neck block closely to his usual template, which can easily be accommodated within the outline, and by his free-hand cutting of the volute.