In focus: the 1686 'Helvetica' Stradivari 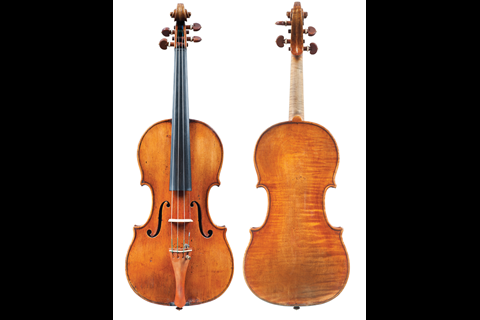 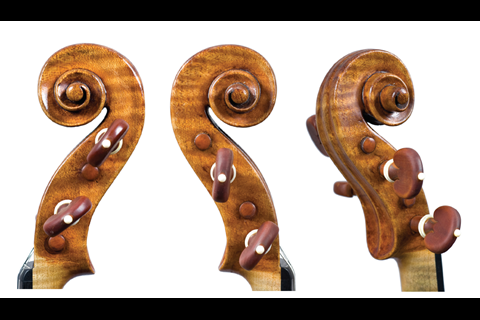 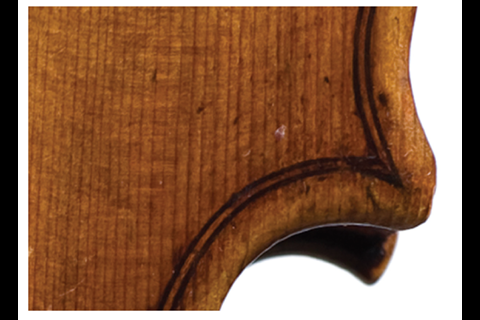 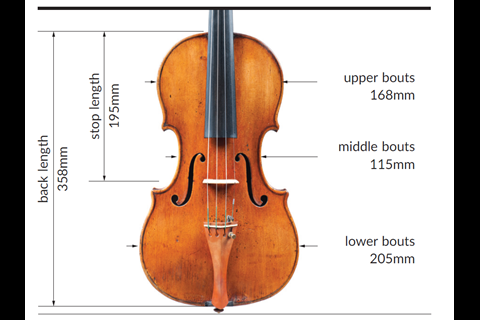 In this article from the December 2015 issue, David Bonsey takes a look at a violin from early in its maker’s career, but already a few steps along a crucial design evolution

The years 1684–9 are often called Stradivari’s early period, during which he departed from the influence of Nicolò Amati and his forebears in favour of a more robust and personal style. The advent of this new style can be seen in the form of the ‘Hellier’ violin of 1679, where the rounded silhouette of the Amati-inspired pattern gave way to a more square-shouldered and upright design. By 1684 he had arrived at a model that was bolder and more solid in conception.

The 1686 ‘Helvetica’ violin shown here was part of a design evolution that culminated with the ‘Tuscan’ of 1690, after which he began to experiment with the so-called long pattern, increasing the body length to 362mm. The year 1698 marked the return to a more ideal body length of 355–7mm that he had experimented with before 1690, making the ‘Helvetica’ one of the medium-sized models that foreshadowed those of his golden period.

The delicate borders of the earlier Amatise period are replaced by a heavier, rounded style, with the purfling set 4mm in from the edge. The upper bout edges and corners of the ‘Helvetica’ back are still quite fresh and exhibit this full, rotund treatment. The rounded ends of the corners are slightly hooked.

During this period the majority of Stradivari’s work featured a fine-quality slab-cut maple for the one-piece backs, with soft, rippling flames and the grain lying in concentric rings. The back arching of the ‘Helvetica’ is deeply scooped and flows down towards the edges into a wide channel that becomes more pronounced in the centre bouts.

The back edge thickness is a consistent 3.8mm in the upper and lower bouts, and 4.2mm in the C-bouts. To give the corners strength and a more robust appearance, Stradivari reduced the edge thickness on either side by 0.5mm, which also gives a lighter appearance to the edges of the inner bouts.

The grain of the spruce top’s treble side shows some variation between fine and medium width, whereas that of the bass side is uniformly medium.

The arching of the top is medium-high, full from edge to edge in the upper and lower bouts, with a slightly scooped channel in the areas adjacent to the upper corners.

The f-holes are open and upright, leaning gently towards the centre. The upper eyes are set close to each other at 38mm. The small, tapered wings are slightly hollowed.

The outside black strips of the purfling are made from dyed pearwood and show more variation in width on the top than on the back. The purfling points are deflected from the centre of the corner towards the inner bout.

Seen from the side, the scroll has a slightly oval and forward-leaning appearance, and its wide-edged chamfers have been polished over time to become soft and rounded. The volute and back of the scroll show no toolmarks.

The varnish is of the dark, golden-amber tint typical of this period. There is a noticeable surface grain texture showing on the top, with burnished raised grains in the lower bouts.