How often should you change your strings? 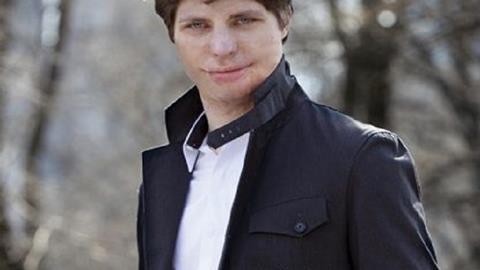 I change all of my strings at the same time, and I do it every two weeks. I started doing this on my old violin – the ‘Gingold’ Stradivari from 1683 – because it’s hard to get it to respond without having very fresh strings. The strings that I use don’t take a long time to break in. If you change them in the evening, they will be good to go the next day. After a couple of weeks, the response becomes too slow for that violin.

On the violin I have now – the 1723 ‘Kiesewetter’ Stradivari – I can leave my strings on for longer. But in the summer, I always change them within two weeks because of the high humidity that there often is – especially where I live, in New York. The East Coast area of the US is incredibly humid. Sometimes I play outdoors, so my strings deteriorate more quickly. I think this happens to all strings, not just to the type that I use.

I’ve had situations in the past when I’ve kicked myself and said, ‘Why didn’t I change the strings before playing this concert?’, because there were moments in the performance when some notes didn’t speak, or things happened that I know wouldn’t have happened if the strings had been newer. Because I’m often in such high-pressure situations, it’s become a routine: I look at the calendar to find a time when there are at least three days until my next concert, and that’s when I change my strings. It’s an expensive habit and I don’t do it if I have a break, of course: if I go for a couple of weeks without a concert, I’ll leave them on for longer.

The last time I broke my E string in a concert was a few years ago, when I was playing Mozart’s Concerto no.5. It’s not usually a piece where I think I’m going to break a string: it isn’t a loud or violent piece. I was in Colorado with the New York Philharmonic, playing outside. Maybe because of the outdoor conditions, the string suddenly broke in the second movement, so I did a switch: I played on the concertmaster’s violin while someone in the orchestra put a new E string on my violin. But when I got it back, the E string was very different. I was almost sorry that I’d switched back to my own violin! I don’t know what the string was, but it had such a metallic sound to it – it made a big difference. There was no time to go offstage to put on my own string: I couldn’t make all these people wait for me.

The audience loved the theatre of it, and it was interesting for them to hear the different instruments and strings. The next time I played at that venue, I changed the E string a day before the concert, just to make sure that it was really new and wouldn’t break again. That would have been just too much!

In The Strad's 2013 Accessories supplement - available to download as part of the October 2013 issue - five leading young soloists discuss the process of selecting and finding their perfect combination of strings.