In an era when luthiers were not precious about putting elements of their own personality into the models to which they referred, the 19th century maker Giuseppe Sgarbi created instruments that have a unique vibrancy and individuality 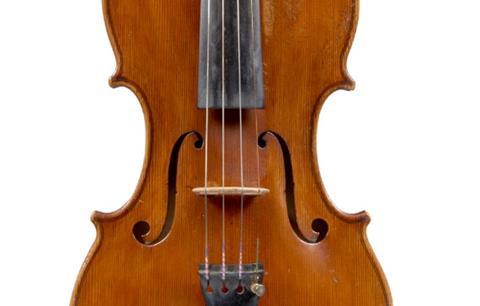 In this excerpt from The Strad January 2020 issue, Lorenzo Frignani, president of the Italian Association of Professional Luthiers, presents evidence that Giuseppe Sgarbi was not only held in high esteem in Modena, he also influenced a number of highly regarded makers in his locale of Finale Emilia…

There is evidence that, aged 55, Sgarbi sent some of his instruments to be featured in the 1873 Vienna World’s Fair, a six-month-long event that attracted more than seven million visitors. In September 1872 he appeared in a short news story in L`Educatore, a short-lived (1871–74) bi-weekly local newspaper. It reads: ‘We had the opportunity to visit the studio of the superlative artisan Giuseppe Sgarbi, our compatriate, who – as our readers know – is building some bowed instruments that are about to be presented at the Vienna Exposition… We strongly believe that the vast majority of them, including a splendid double bass that has already been finished, are going to occupy a place of distinction at this international fair.’

The newspaper featured Sgarbi again five months later, in an article that confirms he made all the instruments of the violin family, and that he was a fairly well-known figure in the city: ‘The readers of L`Educatore… with the intention of encouraging the great artist Giuseppe Sgarbi, have ordered a collection of bowed stringed instruments from him: two violins of differing dimensions; a viola; a cello; and a double bass, with the intention of having them appear at the Vienna Universal Exposition in May. We have seen these works, and all of them earned our admiration. […] The varnish is so excellent that it seems as though all these instruments are covered in a thin, crystalline layer of gold. We trust that these works by Sgarbi will be taken into consideration and bring his efforts rich rewards, as well as the admiration of those [attending] these fairs, which are the fruit of modern civilisation, reflecting the progress of industry, the arts and sciences. ….’

To read the full article, ‘On the borders of greatness’, which includes biography and detailed analysis and photographs of Sgarbi’s instruments, click here to log in or subscribe. Download the issue on desktop computer or through The Strad App.