In focus: a 1895 violin by Eugenio Degani 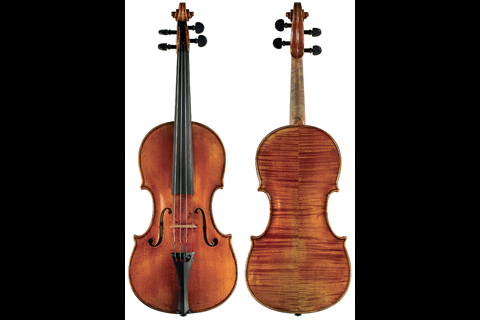 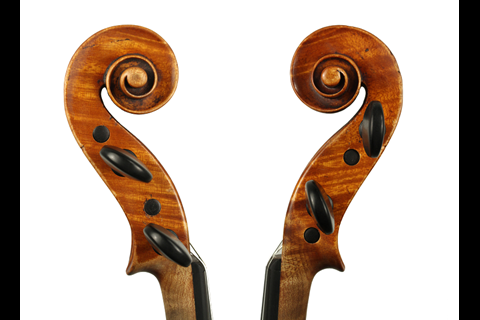 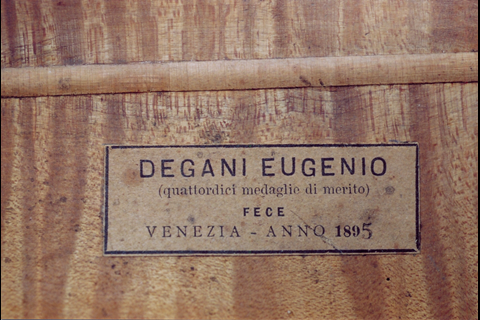 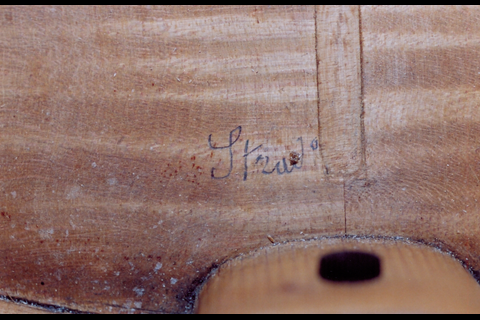 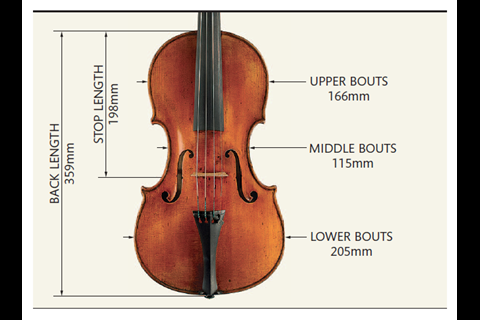 A very fine and representative example from the most accomplished period of the grandfather of the modern Venetian school. Article by Roland Baumgartner, photos by Gertrud M. Reuter

Eugenio Degani was born in 1842 in Merlara, around 60 miles southwest of Venice. The son and pupil of the violin maker Domenico Degani, from around 1858, aged 14, he worked for an organ maker named Domenico Malvestio. In 1868 the Degani family moved to the nearby town of Montagnana, close to Padua in the northern Italian region of Veneto (the fact that it shares its name with the great Venetian luthier Domenico Montagnana is surely a coincidence). Eugenio had opened his first workshop in the town by 1872. His father died in 1887 and a year later Eugenio moved his business to Venice where he occupied three different addresses over the next 13 years. He died in the city in 1901.

Degani was the most important maker representing the Veneto school in the period before 1900. He trained several well-known makers of the ‘modern’ Venetian school, such as Ettore Siega and his own nephew Giovanni Schwarz, but especially his son, Giulio Degani. From 1898 the workshop in Venice was called ‘Degani e figlio’ (Degani and son), and after Eugenio’s death in 1901 Giulio continued the business in Venice, leaving for the US in 1922.

Degani was using different, personalised models, sometimes with five strips of purfling, likely influenced by the Paduan maker Gaetano Chiocchi (1814–81). He also used models based on classical examples by makers such as Stradivari, Guarneri ‘del Gesù’ and Montagnana. Some oversized violins with body lengths of over 360mm are also known.

The violin shown here was made in Venice in 1895. It bears its original label, which mentions that Degani had received 14 medals of merit. It is a very fine and representative example of the maker’s most accomplished period; the workmanship is mature and carefully done, but still very personal.

The violin is strongly influenced by the classical Italian school: the body shows Degani’s interpretation of a c.1687 Stradivari model, but the head is a very personal design, typical of his 1890 work. The back is made from two pieces of attractively flamed maple, with the ribs and scroll in matching material. The top is made from two pieces of high-quality spruce of medium grain.

The top-block, bottomblock and corner-blocks are all made of spruce, as are the linings. The way the linings are mortised into the blocks, using only half their thickness, is a typical feature of Degani’s work. The whole length of the back centre joint is reinforced with an overlaid maple strip. On the left side of the centre joint, near the lower block, the maker has written the word ‘Strad’ in pencil, indicating the model he used.

The middle, white part of the purfling is made from poplar, whereas the two black strips are of stained wood, set in the classical style. The rounded edgework shows an accurate, well-carved profile characteristic of Degani. The endbutton has a slightly oval form.

The arching is slightly higher than that of the original Stradivari model, but is not exaggerated. The f-holes are precisely and carefully cut and harmonise well with the arching. On the back there are two pins, on the upper left and lower right of the centre joint.

The scroll is also sculpted very precisely, looking well balanced from all angles, and has an overall appearance that is strong but not at all heavy. Viewed from the front, the pegbox has rounded sides.

The fine varnish is an attractive golden brown, with very good consistency, applied on a golden ground giving a light and transparent impression. Overall the instrument is in a perfect state of preservation.