From the archive: the violins of Georges Chanot 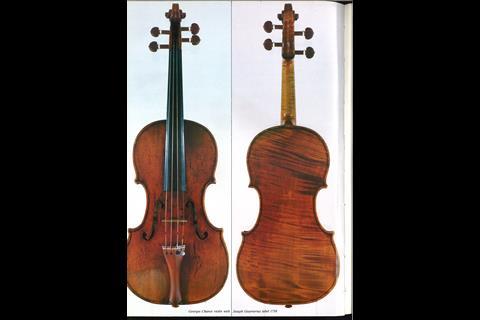 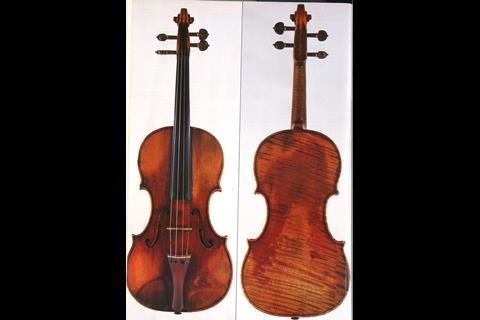 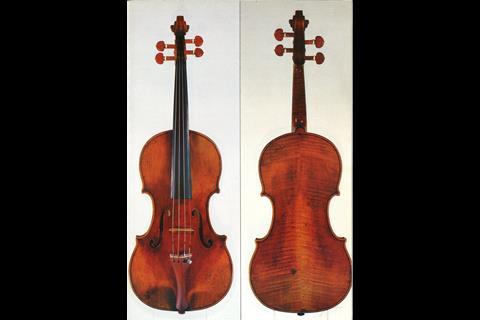 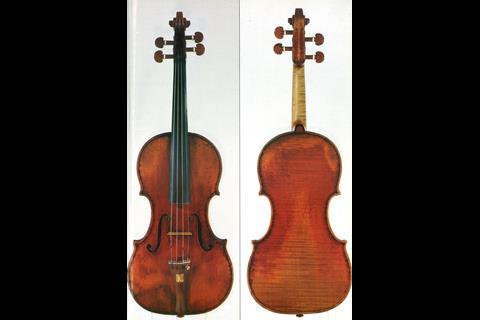 These photos were published in the July 1989 issue of The Strad, along with an article by Kenway Lee, from which the text below is extracted

Georges Chanot I was born in Mirecourt on 25 March 1801, the fourth and youngest son of Joseph Chanot. At the age of 13, he was apprenticed to his father. In 1819 he moved to Paris to work as an assistant to his brother in the construction of the newly invented ‘guitar violin’. Another assistant, hired also for this purpose by Francis Chanot, was the not-yet-famous J.B. Vuillaume, also from Mirecourt. After one year with his brother, Georges went to work for Jean Laurent Clement. Very shortly thereafter, Chanot opened his own shop. As he was yet young and inexperienced, this was not a success. He then went to work for two years with Charles François Gand, the son-in-law and successor to Nicolas Lupot. In 1823, Chanot again set up in business on his own. After several changes of address, he located his shop on the prestigious Rue de Rivoli. This proved to be unnecessarily expensive and Chanot moved, for the last time, to a more modest and less hectic shop on the Quai Malaquais where he worked until his retirement in 1872.

Georges Chanot I, along with J.B. Vuillaume, was recognised in his own time as the foremost expert in France. He travelled extensively throughout Europe as fat as Russia, buying and selling old Italian instruments. Many of these served as inspiration for his copies. There is the well-known story of Chanot buying a Stradivarius cello top in Spain. After seeing this top in Chanot’s shop, Tarisio, the fascinating peddler of Cremonese masterpieces, put together the rest of this Strad cello. It is now known as the ‘Bass of Spain’ and is dated 1713. A highly fictionalised account of this is included in William Silverman’s novel, The Violin Hunter. Hill & Sons in their Stradivari book of 1902 mention that the descendants of Chanot still own the double case with secret compartments for hiding the gold used to purchase valuable instruments.

The violins of Georges Chanot consist mainly of Stradivarius and Guarnerius copies. There are also occasional copies of Nicolò Amati. Seen quite frequently are his reproductions of Maggini with a few known examples strikingly resembling the Brescian master. George Hart and William Henley in their well-known volumes wrote favourably of Chanot’s Stradivarius copies. For the most part these copies are built on a large pattern and owe much to the influence of Nicolas Lupot and C.F. Gand. Seemingly more often encountered are Georges Chanot’s famous copies of Guarnerius ‘del Gesù’. In this respect, Chanot is reminded of the much talked about English and Hungarian copyists, John Lott and Samuel Nemessanyi. Chanot began his serious endeavour to copy Guarnerius around 1831 due undoubtedly to the sensational appearances by the legendary Niccolò Paganini who conquered Paris and all of Europe on his cherished Guarnerius ‘del Gesù’ violin of 1742. Paganini’s first concerts outside of his native Italy in Europe in 1828 created a great demand for the violins of ‘del Gesù’ and copies were being made by all the well-known makers during and after Paganini’s lifetime.

Chanot was very successful in his colourful copies of Guarnerius, choosing, for the most part, a middle-period ‘del Gesù’ of 1737-8 as his pattern. However no two violins look alike even though his unmistakable characteristics are always apparent. It seems that Chanot did not use a mould, this being very much in keeping with del Gesù’s own practice. With Vuillaume, also renowned for his Guarnerius copies, this was not always the case as the majority of his copies are based on one particular pattern, the ‘Cannon’ of Paganini. Other Guarnerius patterns used by Chanot are based on the last period of ‘del Gesù’. One can see direct inspiration and influence from such examples as the ‘Wilton’, ‘Doyen’, ‘Paganini’, and ‘Baron Heath’ del Gesùs of the 1741-42 period.

For his tops, Chanot followed Guarneri’s example by selecting pine with a grain of medium to wide width. Stradivari was more consistent with his choice of a narrower grain. Like a few other makers of the era, including Vuillaume, Chanot fashioned many of his tops from a single unjoined piece of pine. Del Gesù’s noticeably very flat arching was favoured by Chanot. The majority of the maple backs of Chanot’s violins are one-piece and that of handsome selection having flames of medium to bold width. Either in one or two pieces, Chanot chose maple that resembled the violins of Guamerius ‘del Gesù’. In only one or two instances was Chanot known to have copied the small pin in the back, in the manner of the Guarneris. On many occasions Chanot copied the abnormal height of the lower ribs which was a characteristic peculiarity of late ‘del Gesù’ violins. For Chanot’s scrolls, he tended to favour the more conservative 1735-38 patterns of ‘del Gesù’. This could be the case even though the model and f-holes employed by Chanot were based on a late-period ‘del Gesù’.

John Lott seems to have, in a different manner, favoured this mix-and-match scheme. Chanot did however, also use the upturned and chunky 1741-42 models for his scrolls. Depending on his mood, Chanot would often imitate the chisel marks of del Gesù’s scrolls. But in general, Chanot’s scrolls are cleanly executed with the peg box and lower back side carved in a manner similar to Stradivarius.

Varnishing was a most diverse experience with Chanot. He had many different formulas which produced different textures. Most often seen is his red-brown varnish of a dark burgundy shade. This can resemble the varnish used by Lupot, Gand, del Gesù, or the Venetians Goffriller and Montagnana. It is an oil varnish of thick texture which, through time, has acquired a natural craquelure. Chanot’s copies are usually shaded over a yellow ground and some now have an orange tint. The other colour often seen in his instruments is orange-brown, again of varying textures. Chanot’s varnish, invariably of fine quality, was applied to give the impression of an old ‘Cremona’ with all the lumps and bumps. The ‘faking’ was always tastefully and convincingly executed, including the craquelure effects as found in such examples as the 1737 ‘Belatro-Stern’ and the 1741 ‘Bazzini’ del Gesùs. Very often, one sees the labels of Joseph Guarnerius inserted in Chanot’s violins. These were most likely placed there by Chanot himself. Vuillaume was also in the habit of placing such labels in his copies. These labels were reproductions and were not accurate copies of the original. The word ‘Cremonae’ was invariably spelled with a diphthong and differed from the authentic label in this manner of spelling. The dates appearing on Chanot’s Guarneri labels are usually 1738 or 1739. It was not Chanot’s intention to fool anyone, but it was probably done for the sake of humouring himself!

The violins of Chanot are quite rare. While he was a prolific maker, it is not known how many instruments he actually produced, though the number would be quite small compared to Vuillaume.

As can be seen from the photographs, the instruments of Chanot can be of stunning and colourful appearance. To the inexperienced eye, they look like original del Gesùs. To the trained eye, the violins of Chanot, as well as those of the previously mentioned John Lott, Nemessanyi, and Vuillaume, would not, after a second glance, be mistaken for Guarneri ‘del Gesù’. Chanot was, however, particularly successful in capturing the spirit of this fabled genius of Cremona. ln 1872, Chanot decided to retire and left the affairs of his business and shop to his successor and ‘step-son’, Marie-Joseph Chardon. He retired to Courcelles, but, still very physically active, continued to make instruments. ‘Working on a cello on 10 January 1883, he remarked that he felt tired. He lay down on the couch never to re-awaken. Chanot had always lived in his passion for the violin. Pierre Vidoudez’s monograph on Georges Chanot was, as he writes, a modest contribution to the memory of the ‘great French master of the 19th century’.