From the Archive: Andrea Amati, 1564 ‘Charles IX’ violin from the Ashmolean Museum collection

In this extract from an article from the December 1991 issue of The Strad, Roger Hargrave discusses the ‘Charles IX’ Andrea Amati instruments with particular reference to this 1564 example from the Hill collection at the Ashmolean Museum in Oxford 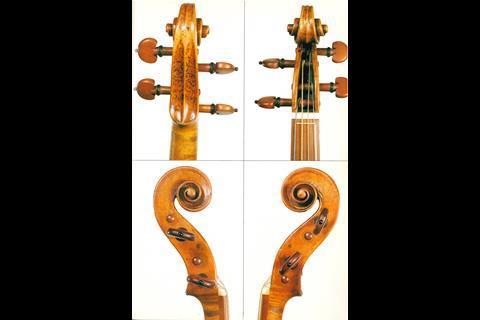 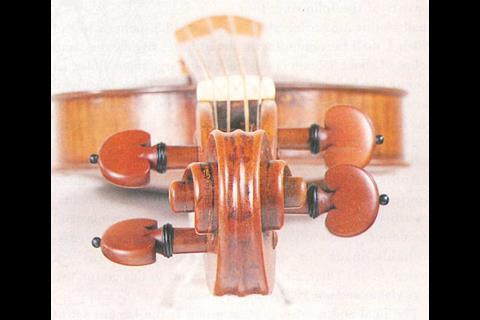 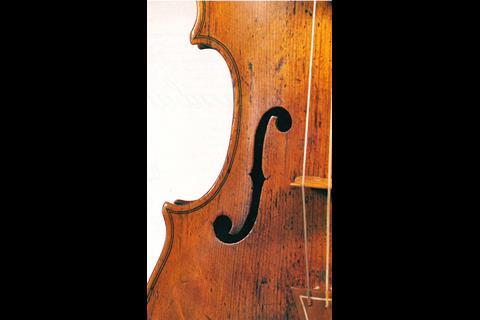 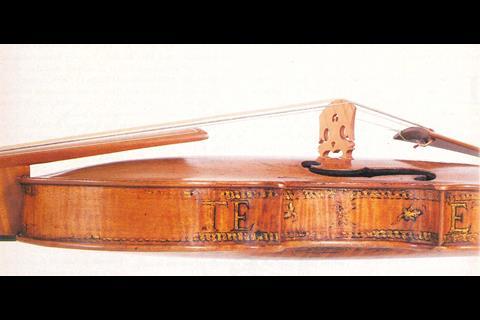 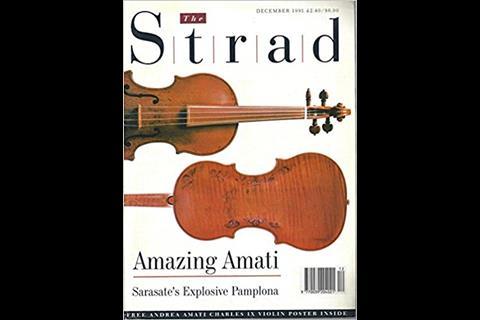 In spite of some fantastic stories in the available literature about Andrea Amati being:

The real truth is that we know almost nothing about Andrea and that which we do know is mostly derived from his surviving works.

There are four sizes of instruments by Andrea which have come down to us. Remarkably, three new instruments by Andrea have come to light in the past ten years. One, a violin, turned up in a provincial English auction house. The complete list as far as I know consists of the following: four small violins measuring about 342mm (13.5 inches); five larger sized violins of about 355mm (14 inches); four large tenor violas, all but one of which have been reduced in size. These must have been about 470mm (18.5 inches) in length; six cellos all of which have been reduced from what must have been quite large instruments, certainly more than 790mm or 31 1/8 inches.

The final and most important group is the famous set of decorated instruments prepared for Charles IX of France. (Although as yet unsubstantiated, Jean Benjamin de la Borde writing, significantly, shortly before the French Revolution, claimed that 38 instruments were made by Andrea for Charles IX. These consisted of twelve large and twelve small violins, six violas and eight basses.) These instruments are painted and gilded with the arms and bearings of Charles IX. The earliest dated of these surviving works is the violin housed in the Ashmolean museum which is illustrated here. The manuscript label is almost illegible. It appears to be made of parchment and it bears the date 1564 written in Roman numerals.

Charles IX was the son of Henry Il of France. After Henry’s death Charles succeeded to the throne with his mother Catherine de Medici acting as regent until Charles came of age in 1563 at the age of 13. All of the Charles IX set were probably made after this date. However, whenever these instruments were prepared, it is unlikely that they were complete after 1574 the date of Charles IX’s early demise.

No one really knows why these instruments were ordered for such an important client, living so far away from a relatively unimportant centre such as Cremona.

One possible explanation is that Catherine de Medici was a Florentine. She was the daughter of Lorenzo de Medici, Duke of Urbino. (The Medici family, being one of the most powerful political forces in Florence and Tuscany, not only married into many royal families of Europe, but financed them.) It is known that when Catherine married King Henry Il of France, she brought with her musicians and dancers from Italy. Over the years she promoted poetry, music and movement at the French court and much of this was performed or inspired by Italian artists, notably her director of court festivals, Baltazarmi di Belgioso.

Such people may have been responsible for ordering the instruments from Andrea. One thing seems fairly certain however, by the mid-16th century, Andrea Amati must have already been fairly famous. One further, rather tenuous connection between the Amati family and the Medicis concerns the second marriage of Hieronymous I, Andrea’s son, to Laura de Medici de Lazzarini, in 1584. Laura seems to have been only remotely related to the main stem of the Florentine Medicis and since the event took place ten years after the death of Charles IX, it may have no significance.

‘The Charles IX set is unquestionably the most important in existence by Andrea Amati or any other early maker. It is the only group of Andrea’s instruments which embraces all four known types; it is the most numerous, with eight examples; it was prepared for a great royal court of the Renaissance; and the beauty of its workmanship, tonal properties and rich decoration have seldom if ever been matched or surpassed,’ (The Surviving Instruments of Andrea Amati by Laurence C Witten).

For us today the smaller size of violin remains rather a puzzle since no one has yet explained why there are two sizes of violin, nor whether their pitches differed. But this much is demonstrable: violins of a distinctly small size, very often of the 342mm Andrea Amati pattern, were made by Italian violin makers in Cremona and many other centres from Andrea’s time well into the 18th century.