The New-Zealand born musician joined the ensemble in 1965 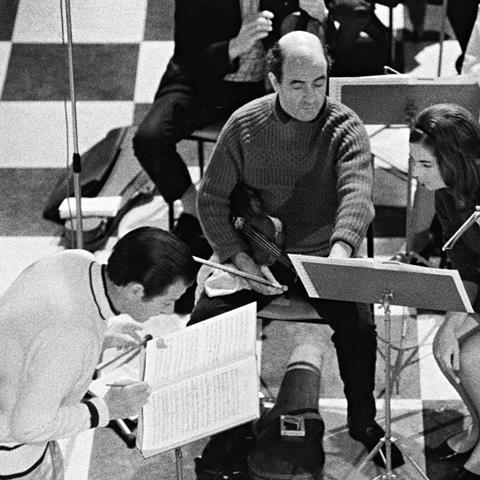 The Academy of St Martin in the Fields has announced the death of violinist Alan Loveday on 12 April at the age of 88.

A long-time member of the ASMF, New Zealand-born Loveday joined the ensemble in 1965, recording Vivaldi’s The Four Seasons under Sir Neville Marriner in 1969. That recording sold over 500,000 copies and was the Academy’s first gold disc.

A prolific recording artist, Loveday’s other albums include concertos by Bach and Beethoven with the Royal Danish Orchestra; Elgar, Beethoven, Brahms, Franck, Grieg and Martinu violin sonatas with Leonard Cassini; and Mozart concertos with the Academy.

‘Alan was a close personal friend from the age of 14. Looking back over his career he was probably the most unacknowledged and yet unexploited virtuoso violin player in England. As perhaps the most distinguished pupil of Albert Sammons he affected my life in music more than any other violin player. For many years we worked together in the Loveday-Marriner-Hopkins trio and then subsequently he became one of the most distinguished members of the Academy. In our profession he will be very much missed, but very much more so by me as a friend.’