Kreutzer Stradivarius violin to be auctioned by Christie's in New York

Watch a video of Joshua Bell playing the instrument, which is valued around $7.5m 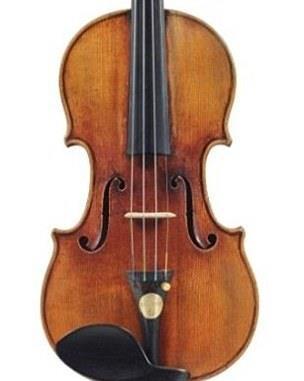 The ‘Kreutzer’ Stradivarius is due to be auctioned by Christie’s in New York on 18 June, with an expected sale price of $7.5m (£4.46m). The c1731 instrument – named for Rodolphe Kreutzer, the great French violinist for whom Beethoven composed his Violin Sonata no.9 – formed part of the collection of reclusive heiress Huguette Clark, who died in 2011 at the age of 104 after spending her last 20 years in hospital and leaving only distant relatives. The violin was discovered in a cupboard in one of her vacant homes.

The Clark Family collection of over 400 items was established by Huguette’s father, William Andrews Clark, one of America’s wealthiest men at the turn of the 20th century, and includes paintings by Monet and Renoir. In total, nine Stradivarius instruments were owned at one time or another by the Clark family, including the ‘Paganini’ quartet, which Huguette later donated to the Corcoran Gallery of Art.

The ‘Kreutzer’ will be on display in New York from June 14 to 17 as part of Christie’s ‘An American Dynasty: The Clark Family Treasures’ collection.

Its sound was described on America’s Today programme by Joshua Bell as having a 'rich warm quality', and the price as ‘a bargain’. Watch Bell playing the instrument below:

Visit NBCNews.com for breaking news, world news, and news about the economy