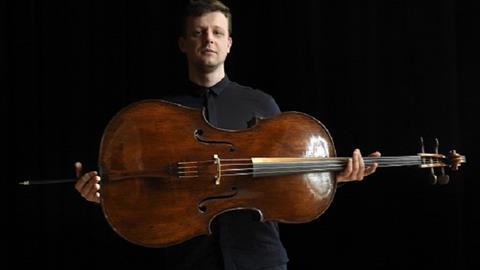 Hungarian cellist István Várdai has been granted an extended loan of the 'Du Pré-Harrell' Stradivari, purchased recently by a benefactor who wishes to remain anonymous.

The 'Du Pré-Harrell' was made in 1673, and is one of less than 65 surviving cellos by the famous maker. Among its former owners are British cellist Jacqueline du Pré, who also performed on the 1712 'Davidov' Strad, American cellist Lynn Harrell and Russian cellist Nina Kotova.