Is playing on the same string the only way to achieve even tone colour?

How much and where should we change strings in order to obtain different colour and different intensity, asks Rok KlopÄiÄ 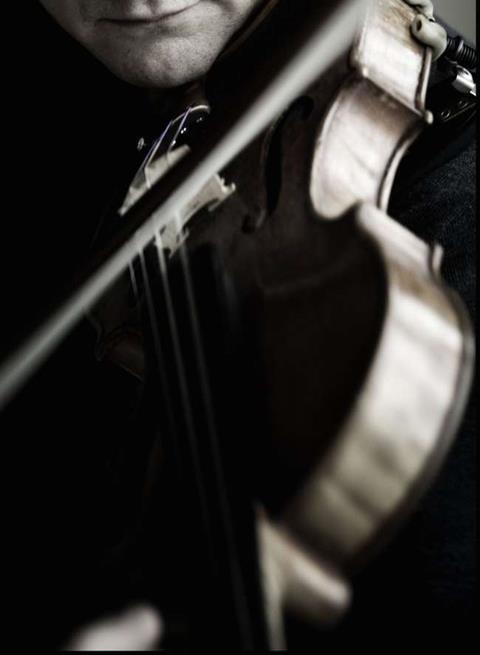 Some ideas in our art are never defined and never given the benefit of a second thought. One of these is the precept that in order to preserve the uniformity of the tone colour for a given (sometimes arbitrarily chosen) part one must stay on the same string. The idea was already stated as a matter of course in the works of Carl Flesch and Israil M. Yampolsky. It comprises two preconceptions: first, that for a given part the same tone colour is desirable; and second, that only by playing on the same string can such unity of tone colour be achieved. Both are valid only up to a point - and are more interesting and convincing on paper than in the real world of tones. And the search for unity of tone colour is not as all-embracing as it appears: the leading luthier Jacques Français has said of Isaac Stern's 'tremendous playing' on a 'del Gesù' instrument that 'each note had a different colour'.

To remain on the same string is clearly apposite when a theme is in the realm of a single emotional profile and while developing only deepens it. Take, for example, the theme from the second movement Tempo di menuetto, ma molto moderato e grazioso of Beethoven's Sonata op.30 no.3 (see example 2).

However, the situation gets more complicated when the precept is applied to themes with great melodic span and/or richness of emotions and colours.

Example 3 shows that the theme from the first movement of Mozart's Concerto in D major K218 starts cantabile, transforming itself before launching into some brilliant passages. Carl Flesch divided it in a peculiar manner over three strings.

Henryk Szeryng tried many fingerings for the same theme and realised it was best to stay in first position throughout. However, Szeryng in his edition of Bach stands by Flesch in recommending this passage from Menuet II (BWV1006) to be played on the A string - which Flesch justifies to 'preserve the same tone colour' (see example 4). I think Galamian's solution is better - why shy away from the brilliancy of the E string and why is preserving the same tone colour necessary?

Here one can see the other side of the coin: how much and where should we change strings in order to obtain a different colour and different intensity of expression? Long ago artists agreed to differ: all violinists fìnd their own way through their knowledge, sensitivity, musical and worldly experience. The different possibilities can be seen and compared in example 5, taken from the second movement Adagio molto expressivo of Beethoven's 'Spring' Sonata op.24.

Both Rostal (in a private manuscript) and Oistrakh start on the D string which I believe to be the only possibility if the harmonic and emotional background are to be taken into account. Both then stay in fifth position: play the first F on the G string, use the A string for A flat and finish on the D (Rostal) or G (Oistrakh) string.

Shunning the security and continuity of fìfth position, I suggest another fingering which follows more closely Beethoven's characteristic harmonic, melodic and emotional progress. The first two bars are on the D string, with the A-string B flats in the third bar being subtly different from the fìrst. Many might question the choice of E string for the A flat but it brings the ray of light and hope that comes with the note. After a hint of a wistful portamento to E flat in the sixth bar there is a slow darkening of the colour to two last consoling notes, when the G string is touched for the first time.

Two problems connected with the use of open strings should be mentioned. The search for technical expediency combined with a sort of perverted intellectuality results in a type of fìngering that transgresses most elementary rules for the unity of tone colour as well as going against technical security: the idea that while playing an open string, the player moves into a higher position on the lower string.

Example 6 shows a basic, innocent example from de Falla's Danse Espagnole, but example 7 shows one that is much more dangerous from the first movement of Khachaturian's Concerto.

Here we have two faults: in a passage of brilliant E string there is suddenly a darker, alien colour and a technical risk, as for a moment we lose contact with the fingerboard.

Some fingerings by David Oistrakh for Prokofiev's Violin Sonata op.94 bis are rather special. For example, look at the fingerings in the (presumably) first edition of this composition, made jointly by Oistrakh and the composer (see examples 8 and 9).

They show a special sympathy for the open string, somehow agreeing with the character of the thematic material and challenging Flesch's view that the open string has no expressive value'. But then Flesch himself was not always so sure, as example 10 from Beethoven's Romance op.50 shows.