Is playing a concerto really the ultimate test of musicianship?

Performing a concerto has long been regarded as the highest test of a string player's musical prowess. But what exactly do they prove, asks Toby Deller 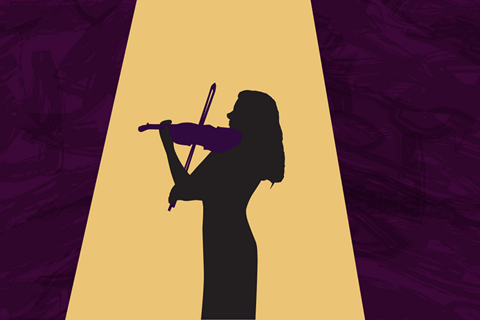 The conventional view is that playing a concerto is an especially notable moment in a musician’s life. To be invited to perform with an orchestra is a mark of recognition, proof in itself of one’s tremendous musicianship. After all, the most prestigious music competitions almost invariably choose their winners after a final concerto round.

I wonder why competition organisers haven’t found a way to reverse this format: why not put the concerto round at the start? (Either that or devise a competition devoted solely to concertos, on the grounds that concerto playing is a sport in itself.) After all, I’ve heard it said that concertos are easier to perform than sonatas, because they demand less personal and emotional input from their performers.

It is true that concertos present certain challenges: technically they are often very difficult. But above all, performing one well involves overcoming these obstacles (which can of course exist in smaller-scale works too) at a level of high intensity, often at a loud dynamic, sacrificing musical delicacy for broad gestures while being buffeted by a comparatively vast orchestral sound. And that surely limits performers’ ability to express themselves fully, in a way that other modes of performance do not. If this is the case, a concerto cannot be the most appropriate way of assessing a performer’s musicianship.

For economical and logistical reasons, opportunities to perform concertos are rare at any level. This inevitably raises their apparent desirability. Consequently, as players we dream a great many dreams about them, hankering after the opportunity to play any concerto at all, even if it means playing a piece we don’t particularly like or connect with. It’s hard to imagine that your regular, everyday musician – myself as much as anyone else – would turn down an offer to perform a certain piece with an orchestra because they would rather play something else. But would a fine artist, expert in closely observed miniatures, go against the grain and choose to paint a mural? Would we, the viewers, expect them to? And more to the point, are they going to think that the mural is a greater medium of expression than their usual exquisite style?

The comparison is merely illustrative, of course – painting is a solitary activity in a way that music is not always, and the creative choices open to the two types of artist are different. For instance, collaboration is a vital part of music making for the vast majority of musicians, and concertos offer the prospect of collaborating in a very particular way. Having said that, and leaving aside the question of just how creatively collaborative the concerto experience generally ends up being, it’s worth questioning our motives. How much is the desire to play concertos about collaboration, and how much is it about personal validation and trying to stand out from the crowd?

If ego is not a factor in our urge to play concertos, why do the vast majority of concertos feature only one soloist? Why have we not turned away from that model of instrumental solo writing and explored other possibilities, like those for multiple combinations of solo instruments by Bach in his Brandenburg Concertos, to a greater extent than we have? That approach might bring the less-favoured instruments into the limelight in a tradition that has favoured the violin and piano, and the cello only recently, over any other.

One argument in favour of the concerto form is that it can be used to give the so-called ‘Cinderella’ instruments – the double bass, for example – an all-too-rare moment of attention at the musicians’ ball. No one should want to begrudge them that, of course. But it’s as well to remember that, however benign their motives, the soloist is still showing off. That is why rule number one of orchestral life after music college, or even during it, is that you don’t play snippets of concertos in band rooms before concerts or on stage while your colleagues are warming up. Nobody will be impressed – they will just think you’re bragging.

Read: Tips for playing a concerto for the first time with orchestra