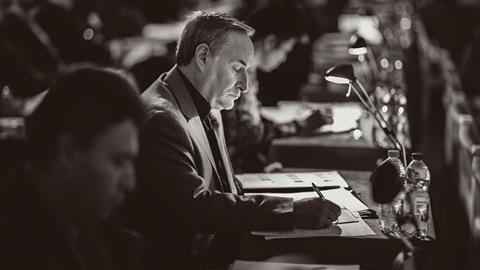 The 15th International Henryk Wieniawski Violin Competition has released its jury scores for all four live rounds. The Polish contest, which awarded its €30,000 top prize to 20-year-old Veriko Tchumburidze two weeks ago, has followed the lead set by the Shanghai Isaac Stern Violin Competition earlier this year, which also released its jury scores in the interests of total transparency.

The Wieniawski finals scoreboard reveals a good deal of discrepancy among the jury marks. Although seven of the voting musicians awarded first place to Tchumburidze, four of the panellists ranked joint second prize winner Bomsori Kim in first place and awarded far lower rankings to Tchumburidze. Indeed, in the third round the jury was split evenly as to whether to allow Tchumburidze to progress to the finals at all.

Read the scores in detail below:

This year’s results were marred somewhat by jury member Zakhar Bron, who took to a Polish radio station to express his opinion that ‘many of the decisions by the jury were mistaken’. The violinist continued: ‘Two, maybe three, of the finalists are very good musicians, but the remainder should not have made it to that stage in the competition.’

Second prize was shared between 25-year-old Bomsori Kim from South Korea and 22-year-old Seiji Okamoto from Japan, who each received €20,000.