As the London Symphony Orchestra’s long-serving viola principal prepares to leave for a new Chinese appointment, he speaks to Toby Deller about 25 wonderful years with the ensemble 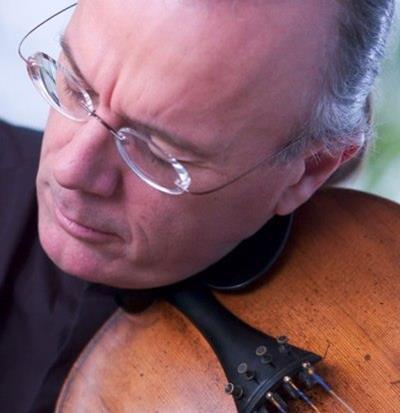 When Paul Silverthorne retires in October, after 25 years as principal viola of the London Symphony Orchestra, he won’t have been the ensemble’s longest serving principal player. ‘Principal horn Tim Jones was in the orchestra when I arrived and he’s still going strong,’ he says. Moreover, he won’t even have been the longest serving principal in his section. The LSO operates a system of dual principals throughout, but the violas were the first to try it when Silverthorne and his colleague Edward Vanderspar were given simultaneous jobs.

It means that the section we see today is very much the product of their joint efforts, as Silverthorne explains: ‘There were a lot of vacancies when we joined – they hadn’t made any appointments for a few years – which was nice for us. We worked closely together on the whole thing, and we got a wonderful bunch of people. There’s only one member who was there when we joined, so it’s slightly like the axe with three new heads and four new handles, but which is still the same good old axe.’

Comparing the section now to the one he joined, he says, ‘Well, there are a lot more women in it. And I think it’s more refined and strong throughout, well balanced. I think there’s much more a feeling of 'going for it' throughout the section. And if I forget to come in, they come in just the same – they’re not put off, not headless chickens. Or rather, if the head rolls off, the chicken carries on.’

It was very much Silverthorne’s head that was hunted for the post, even though he was not particularly known as an orchestral player at the time. 'I must say I was very lucky to start at the top,’ he confesses. ‘The main challenge at the beginning was that I’d not done it before. I’d done a little bit of guesting before the LSO invited me, but I’d started life as a quartet player with the Medici Quartet. I left that after 13 years [in 1983]. Then I was freelancing with chamber groups and the London Sinfonietta and beginning to get solo work when this came out of the blue.’

His first appearance with the LSO was on tour in Japan (where his farewell concert will also take place). ‘I was lucky. I sat down and it was Bernstein in front of me. Things were happening around me and I couldn’t fathom how it worked. From that moment I was hooked. The first thing we did with him was Benjamin Britten’s Four Sea Interludes: it starts with the high violins and the flutes, and they started playing but I hadn’t noticed him doing anything. He must have just glanced at them or something. And I thought, “This is something different!† I thought I knew about good ensemble playing but this was 30 violins and two flutes playing together without needing any apparent indication from anybody.’

He recalls that, from the start, there was a different atmosphere in the orchestra. ‘I had been doing a bit of work in another orchestra where people hardly noticed you were there. You’d come in, sit down, say good morning, that was about it. As soon as I was in the LSO, people started commenting: “I liked the way you did that†. Or, “Good to have you in, what have you been doing?† They didn’t know me, so they wanted to know who I was. And of course, all I knew about the LSO was the terrible Private Eye stories from the 70s and 80s about appalling behaviour. I turned up and they were a bunch of sweeties.’

Silverthorne leaves the camaraderie of the orchestra for a very different path – a viola professorship at Soochow University in Suzhou, China. ‘I’m very much looking forward to having the time to re-examine all the works that I teach and I play. In my current lifestyle, I can’t spend a week going through Bach manuscripts and reassessing my opinions, and then another fortnight on the Brahms sonatas, so I’m hoping that in a university environment, I can sit in my room and really work through these things with all the experience I have.’

Meanwhile, Vanderspar will be continuing his tenure and will, before long, have a new colleague to work alongside. ‘It’s important in a job like mine not to pine about things you might miss because you actually have to do the ordinary work,’ he says. ‘The good stuff will come around again, and it also means you’re not trying to cherry-pick the orchestral work. So if you do the less interesting stuff one week, you’ll get the wonderful conductor next week. We’ve never gone in for counting the dates or the money and saying: “Grrr, you earned more this month.†’

Maybe his last day will be a chance to settle up. ‘Yes,’ Silverthorne laughs, ‘when I leave, it’ll be: you owe me!’