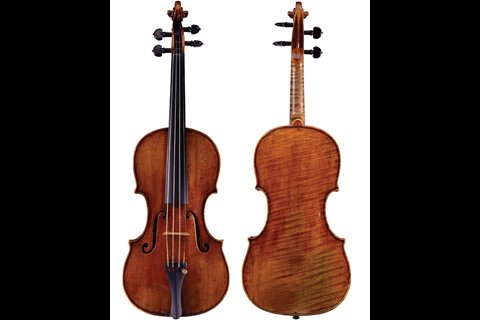 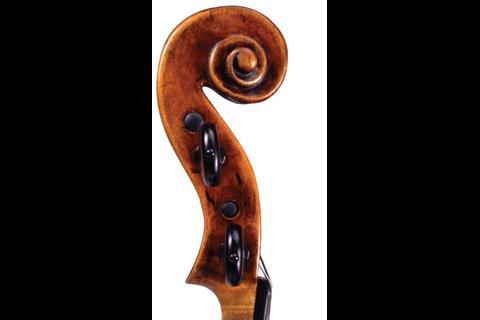 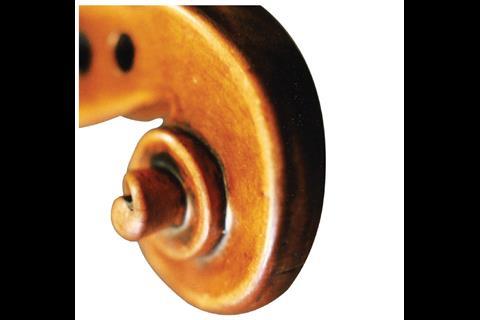 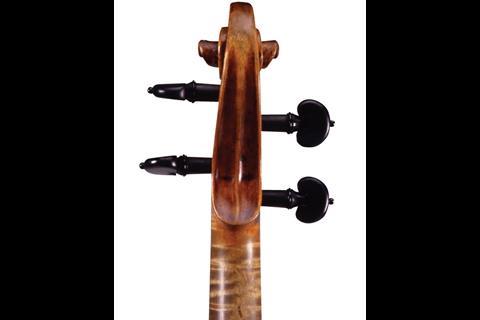 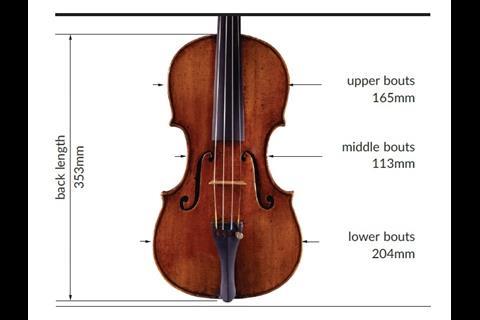 In this article from July 2015, David Rattray takes a look at a highly refined instrument that kicks against the constraints of conformity

If a violin maker were given the chance to visit a specific place and time, travelling to the workshop of Guarneri ‘del Gesù’ in the year 1744 wouldn’t be a bad bet. In the long history of the craft, there is no other year when a single maker created such a varied outpouring of originality. Guarneri’s violins of the early 1730s are highly refined and clearly pay homage to Antonio Stradivari, but the craftsmanship seen in his later violins progressively disregards the constraints of precision and conformity.

Structurally, however, they have much in common with the work of Girolamo Amati II, the last great craftsman in that illustrious family. Compared with the violins by earlier exponents of the Amati tradition, Girolamo’s late violins are more robust in appearance, with stiffer, stronger plates. The ‘Carrodus’ and ‘Cannon’ violins of ‘del Gesù’ were built on a mould nearly identical to Girolamo’s pattern. There can be little doubt the two makers were acquainted in 1720s Cremona and some professional collaboration between them certainly cannot be ruled out.

The violin featured here was once owned by the Belgian violinist and composer Charles-Auguste de Bériot (1802–70). Shortly before his death, de Bériot sold the violin to his friend and pupil, the Dutch violinist Willem Ten Have (1831–1924), who composed more than 40 violin works. At Ten Have’s death, the ‘de Bériot’ passed to his son Jean, also a gifted violinist and for some time a teacher in the US. Jean’s son inherited the instrument in 1963 and sold it to Wurlitzer’s in New York.

It passed through various hands before coming to another New York dealer, Jacques Francais, who sold it to the Russian-born instrument collector David Josefowitz. The price was the exchange of a golden-period Stradivari, together with a Nicolò Amati violin. Following Josefowitz’s death in January 2015, the violin remains in his family’s possession.

The model is characterised by its compact form and the open curves of the middle bouts. The relatively flat transverse upper and lower arching is characteristic of this late period in Guarneri’s career, combined

with fullness across the middle area, which gives a sense of both strength and flexibility. The irregular and wiry purfling, combined with the asymmetrical form and short, freely cut corners, give the impression of some exotic organic form.

The flamboyant, or perhaps brutal, square-winged f-holes recall the ‘Ole Bull’ Guarneri, although on this example the upper eyes are notably close-set. The f-hole stems have been reworked, probably to standardise the stop.

The form of the head, with its slender pegbox and outwardly tapering volute and eyes, is wildly asymmetrical and only slightly less extreme than that of the ‘Leduc’ Guarneri. Both of these scrolls are almost certainly best viewed from the front.

The striking one-piece back is given a shimmering jewel-like quality under a magnificent layer of reflective orange varnish, which compares favourably to other instruments of the period