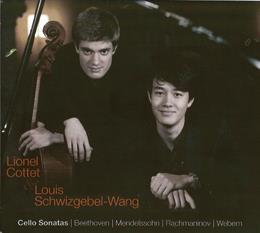 The Austrian composer Hans Gál (1890–1987) settled in Britain after escaping the Anschluss in 1938, making his home in Edinburgh. The Cello Concerto, completed in 1944 but not premiered until 1950, reveals him as a composer of impressive technical fluency with an astute ear for translucent orchestration, particularly important when writing for the cello as a solo instrument. With a nostalgic, elegant lyricism, the concerto has some striking ideas, not least the start of the opening Allegro and ensuing Andante. By contrast, the Allegretto finale is perhaps the weakest movement, offering somewhat pedestrian invention. However, Antonio Meneses is a persuasive emissary in this clear recording. Memorably expressive in the lyrical melodies, he also brings a strong intelligence to the music’s contrapuntal passages and a carefully delineated dialogue with the orchestra.

Partnering the Gál with Elgar’s Cello Concerto reveals the extent to which both composers’ music stemmed from the Austro–German tradition, although equally the coupling demonstrates the Englishman’s superior imagination and skill. Meneses, again, is winningly expressive in the Elgar, but allows himself no indulgence, scrupulously following the composer’s markings with an economy of gesture that enhances the impact of his performance.