From the Archive: Basso Di Camera by William Booth Snr, 1821 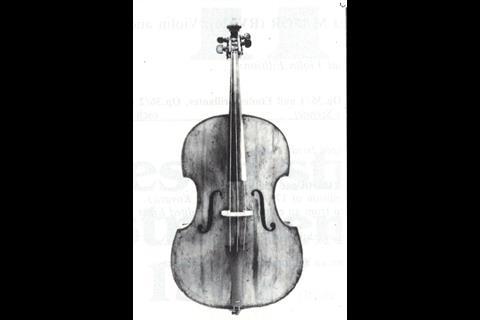 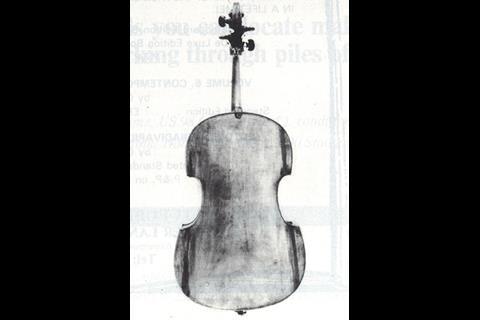 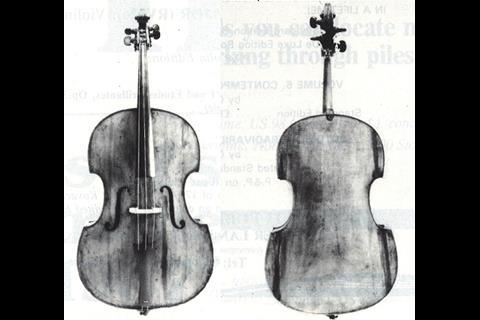 These photographs of a chamber bass were published in the March 1988 issue of The Strad. The following text is extracted from the accompanying article:

The very bulk and power of the modern orchestral double bass presents problems of mobility and musical balance to the chamber music player. This dilemma was recognised around 1820, when an amateur in the Treasury in London, named Barraud, devised an instrument midway between cello and bass. He persuaded a number of well-known luthiers, including Kennedy, Morrison and Gilkes to make them, and christened it the Basso di Camera. Tuned in fifths using four strings, it played an octave below the cello, and could thus be easily played with standard (although rather stretched) cello technique.

The bottom string (C’), however, was rather inadequate. Various solutions were proposed for this, including double wire covering, but a Mr Thomas Hancock, a cellist in the Royal Opera Orchestra in the 1840s, had another proposal. He dispensed with the C’ string altogether and left the lowest one at G’, thus presenting fewer problems for the cellist […].

Although many of these instruments were probably cut down into cellos, a magnificent example of this rare beast has survived unharmed. Made by William Booth Snr (1779-1858), originally a hairdresser, it is inscribed inside with the following:

’This Chamber Double Bass
made by William Booth, Mill Hill,
Leeds In the year of our Lord 1821
For Dr. Hay … of Cambridge
being the 3rd that has been known
to be made in this country’

The words ‘Basso di Camera’ are also written in ink below the tailpiece, and there is a seal of a deer below the button. In completely original condition, it has been adapted to the three string mode. The superbly carved scroll head has machine pegs mounted in ivory and rosewood, and the dimensions are:

The instrument … is now in regular use in chamber music, where its modest yet correctly sounding tone provides excellent balance. It even had an airing at the Proms in August 1987 when it was played in a Lully Divertissement.