From the Archive: a cello by Antonio Stradivari, Cremona, 1724, 'Hausmann' 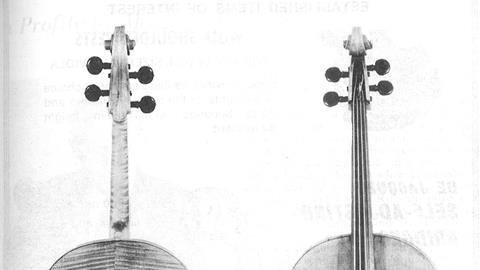 This illustration of a cello by Antonio Stradivari was published in The Strad, July 1977. The following text is extracted from the article accompanying the photographs:

The early history of the 'Hausmann' Stradivari is uncertain, but Hill believes that it came from Spain. It is thought that it then found its way into this country early in the 19th century. It eventually passed into the hands of Andrew Fountaine, the distinguished collector and it is thought that he acquired it in Paris. In 1839 he sold it to Georg Hausmann, a violoncellist of some reputation and a pupil of Romberg. Hausmann spend a great deal of his time in Scotland and the late Alfred Hill stated that his father was well acquainted with the instrument and had seen it on a number of occasions. After Hausmann's death, it passed to the artist's father who then gave it to his nephew Robert. Robert Hausmann (1852-1909) was the celebrated cellist who was a member of the Joachim Quartet from 1879 to 1907. After he died, the cello was retained by his widow, until 1928 when, through the dealers, W. H. Hammig and Emil Herrmann, it was acquired by Max Adler of Chicago. It was purchased in November 1944 by its present owner.

The plates show the most attractive appearance of this instrument; the added flanks in each of the lower bouts are original by the maker and the varnish is of a glowing orange brown colour. Alfred Hill wrote in a latter;

I regard this instrument as one of the fine examples of the maker's work and as such it is mentioned in our 'Life of Stradivari'.