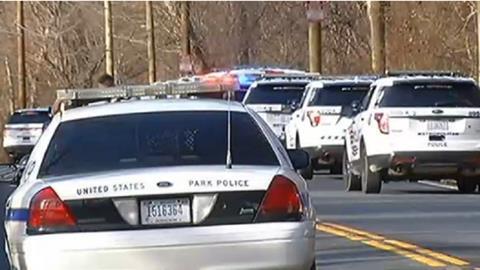 A violin case containing 'at least one' firearm has been discovered by a pedestrian near the Chesapeake and Ohio Canal in Washington DC, according to local media.

A number of police officers were called to investigate the discovery on Wednesday, subsequently finding additional weapons and ammunition in the surrounding area, 'some in pails, others in plastic garbage bags'.

'There's no indication as to why these guns were here, when they came to be here or circumstances. That's all under investigation,' said Sgt. Anna Rose of the US Park Police. 'Out of an abundance of caution we cleared the area to be sure [there were] no bombs or anything threatening anybody, and we found other multiple guns and ammo.'

Watch a report on the discovery below: