Christopher Warren-Green, a former concertmaster of the Philharmonia Orchestra, conducted at the weddings of Princes Charles, William and Harry 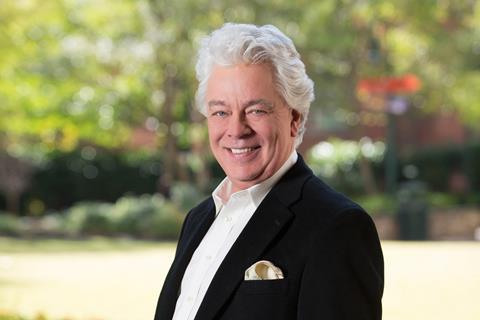 British violinist and conductor Christopher Warren-Green will leave his post as music director of the Charlotte Symphony Orchestra this summer, after twelve seasons with the ensemble. He will continue in the same position with the London Chamber Orchestra.

Warren-Green, who is 65, was appointed concertmaster of the BBC National Orchestra of Wales aged just 19, and went on to lead the Philharmonia Orchestra and later the orchestra of St Martin in the Fields.

He conducted the Philharmonia at the Queen’s 90th birthday concert, and also conducted performers at the weddings of Prince Charles and Camilla Parker-Bowles, Prince William and Kate Middleton, and Prince Harry and Megan Markle.