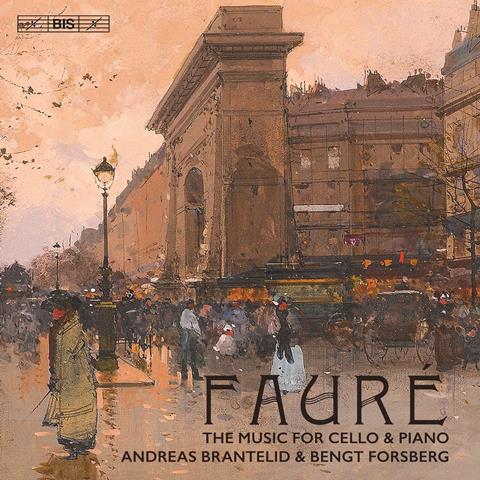 Several decades separate Fauré’s many short cello pieces from his two cello sonatas, whose striking difference from all that had gone before is effectively demonstrated on this disc. Andreas Brantelid responds brilliantly to the depth and complexity of Sonata no.1 (1917). He and Bengt Forsberg give an outstanding interpretation of the slow movement, the tone of Brantelid’s 1707 ‘Boni-Hegar’ Stradivari gradually growing in intensity from the spare textures of the opening. In the Second Sonata (1921), a light touch and sense of fantasy make for an unusually successful rendition of the elusive finale.

The recorded sound is bright and immediate, but not always perfectly balanced: in the Andante the full force of Brantelid’s impassioned cello playing never really comes across, with the piano too much to the fore. The shorter pieces are less convincing. The balance disappoints again in Élégie at the central demisemiquaver declamation, with the individual notes indistinguishable, although the main theme reprise could not be more passionate. The Romance and its earlier version, the Andante for cello and harmonium, bookend the CD, the latter a charming blend of sounds. Given that the disc contains an anonymous arrangement of the Dolly Suite Berceuse, it seems odd not to have included ‘Après un rêve’, so closely associated with the cello. JANET BANKS