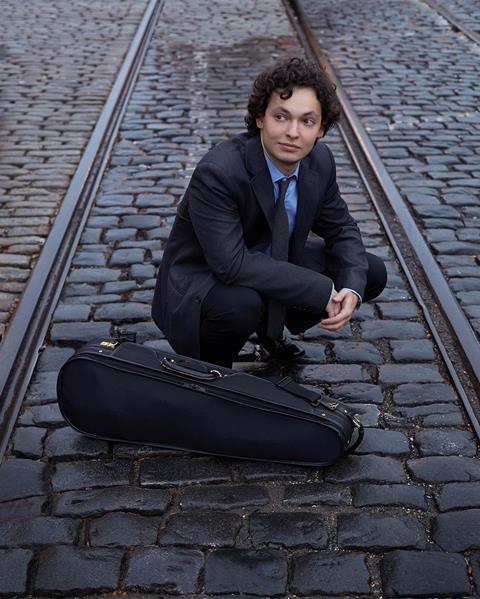 In school, my friends and I would often tout the number of hours we practised like a badge of honour. Obscenely high numbers meant productivity, prestige and excellence: four hours, six hours, ten hours (how is that even possible!). Looking back, I am perplexed as to how I even found the energy to practise five plus hours a day. It should come as no surprise that many of those hours were spent with my hands set on auto-pilot, while my mind wandered. And yet, whenever a colleague or a listener post-concert asked me, ‘How much do you practise?’ I would proudly proclaim the highest number I could get away with. In fact, I wasn’t lying: I did indeed ‘practise’ all those hours, but during some of those sessions I might as well have been at the movies.

‘Practice’ has become a very misleading word. What is practice? It took me a very long time to figure this out. As an advanced student, practice is often little more than playing the violin for long hours, repeating motions to build muscle memory, and attempting to correct mistakes (which often go unnoticed) over and over again. It’s mindless and painfully boring - but frankly, easy. Dissecting and rebuilding technical issues step-by-step, making instantaneous corrections and decisions, structuring your time effectively, learning how to convey an idea — this is incredibly hard work. It also happens to be the better definition of ‘practice.’ Good practice is incredibly hard work.

Of my several amazing violin teachers, my studies with Roman Totenberg have had the biggest influence on my career. One of my favourite stories is from a lesson I had with him when I was first starting college. I had a particularly disappointing lesson and while packing up my violin, poured out to him my frustrations about my playing, lamenting how I was practising over five hours every day, but without the progress I expected. To my consternation, Professor Totenberg, who was soft spoken and had a deep voice, simply stared at me silently for what felt like several minutes and then said one word: ‘Listen’.

It took me a while, but as time went on, I slowly began to understand the brilliance of his advice. Aside from learning the fundamentals of properly playing your instrument well — both physically and mentally — practising is in itself an art form that must be cultivated and perfected. Listening means being an objective observer of yourself, present in the practice room at all times (OK, most of the time). It means being aware of your entire body, it means thinking and directing yourself, it means being your own teacher, and it means judging between when to practice and when to step away.

I have found several elements to be particularly helpful guides in my practice:

If you are going to spend 30 minutes on a scale routine, don’t allow yourself the option of stretching it much further than that. Of course, be flexible, but teach your muscles and brain that you are going to have to accomplish your goal in the time you set forth.

Using the above 30 minutes as an example, you will most likely not be able to master three octaves of tenths, an entire arpeggio series divided by four, scales in spiccato, and vibrato exercises. But, you could very feasibly master one octave of tenths, two arpeggio variations, and the spiccato scale.

Your mind will wander. That is normal. But teach yourself (gently) to stop what you are doing until your mind is focused.

In difficult passages, I find it helps to tackle a two-minute excerpt by playing it through at a moderate pace. Then evaluate and pick several smaller sections from that same excerpt, and work on them, as slowly as necessary, until you understand what is wrong, why, and what the solutions are. Build up speed, phrasing, dynamics and then try the original excerpt again. You could try pretending you are giving yourself a lesson. What would you tell the ‘student you’ about the passage that isn’t working? More often than not, you’ll have a pretty good idea of where the answer lies.

These days, I have a lot of repertoire to learn, and I am busier than ever, both in my professional and personal lives. Sometimes, I must indeed practise all day just to get through everything, yet often I must make do with just two or three hours. But, I am always trying to listen; catch the mistakes early and fix them properly and mindfully. This way, you can get out of the practice room faster, and spend more time enjoying and absorbing the world’s great music in its entirety. And, as a bonus, you’ll have more time to get to that movie!

Yevgeny Kutik will give the world premiere of a commission by Timo Andres in a concert series curated by Nico Muhly on 10 January 2016 at The Phillips Collection in Washington, D.C. For more information visit yevgenykutik.com.