Despite its growing reputation, we must still do more to promote the viola 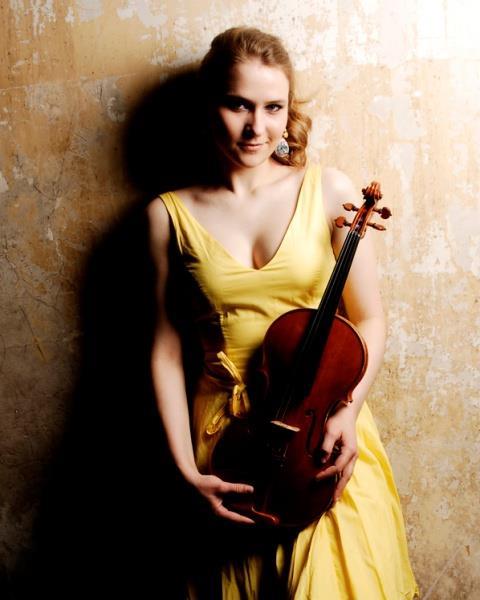 ‘It is an antique, absurd, and deplorable prejudice,’ lamented Berlioz, ‘that has hitherto handed over the performance of the tenor part to second – or third – rate violinists.’ He went on: ‘It is to be regretted that there is no special class for the viola. This instrument, notwithstanding its relations to the violin, needs individual study and constant practice if it is to be properly played.’ His complaint was real: although the Paris Conservatoire opened its doors in 1795, not until 1894 – a century later – did it appoint its first viola professor.

Quite simply, there was no perceived need. The idea of devoted viola soloists, like Tabea Zimmermann, Kim Kashkashian, Antoine Tamestit and Garth Knox today, was simply inconceivable. To be sure, great musicians played the viola – Paganini championed not only the violin, but also the viola and the guitar, and Haydn played in chamber ensembles with Prince Esterházy – but the viola was just another string of their proverbial bow. Despite viola methods appearing in the 18th century, it was not until the 20th that it became more generally appreciated that the viola should be studied in its own right. After all, before c.1740 virtuoso solo repertoire for the viola was practically non-existent. (Bach’s Brandenburg Concerto no.6. being one notable exception.)

Perhaps this in turn is because the viola itself is an instrument of compromise: it is acoustically imperfect. Though the average body length is usually around 41cm, this has never been standardised, and an ideally proportioned instrument would make it impossible to play under the chin. The tone of the viola is less brilliant than the violin, and takes a longer time to ‘speak’.

Attitudes to the viola began to change in the 18th and 19th centuries, with master works written by composers such as Telemann, Mozart, Beethoven, Berlioz, Schumann and Brahms. As Watson Forbes commented in his 1939 article for The Strad, ‘Slowly a change took place, the very defects of the viola becoming its greatest asset. Composers became aware of its distinctive tone-colour.’

In the 20th century, with the advent of great players such as Lionel Tertis commissioning and transcribing technically demanding solo works, the viola came to be fully appreciated as a solo instrument. Almost 40 years have passed since the last edition of Franz Zeyringer’s Literatur für Viola listed 12,000 works for the viola!

Today there is no shortage of exciting repertoire, nor good violists, but perhaps it is still true that there is a lack of encouragement to pursue a career that involves solo playing, since the perception is often still that the repertoire is limited, and that there aren’t the opportunities to be known as a viola ‘soloist’.

I came to the viola from the violin: I started learning the violin at the Junior Department of the Guildhall School of Music and Drama when I was seven, and took up the viola a year later, playing both instruments until I was 19. Initially I studied the violin with Erika Klemperer, the viola with Ian Jewel, and then just the viola with David Takeno and Kim Kashkashian. I personally chose the viola because I have always loved its rich, dark, chocolatey sound, and its repertoire. Even though I always enjoyed playing the violin, I felt more at home on the viola. When I started the instrument I didn’t know much about it, but found myself increasingly drawn to it. My parents were, too, and took me to listen John White’s concert series featuring the viola in Harlow, Essex (not too far from where I was brought up), and the Lionel Tertis Viola International Viola Competition & Workshop when I was 11: I had the luxury of listening to excellent violists perform great repertoire from an early age.

I would say that it is unusual to have this exposure so young. Would more young players be inspired to learn the viola, attend concerts, and admire the repertoire, if concert promoters had the courage to programme viola soloists more? If every violinist entering a music school, junior department, or college learnt the viola for at least one term as a requirement of entrance, would there also be a wider appreciation of the instrument and its repertoire within the industry? It would certainly do violinists no harm; I feel I learnt much about quartet playing, musicianship, and the chamber works themselves having the experience of playing first violin in quartets, as well as the inner parts.

When Tertis performed the Mendelssohn and Wieniawski D minor Concertos (a fifth lower) as a student at the Royal Academy of Music in London, the RAM professor Alfred Gibson complained to him: ‘I suppose the next thing is, you will be playing behind the bridge! The viola is not meant to be played high up – that is the pig department!’ Ironically, at the Wigmore Hall Viola Day in London this Saturday (29 November), I will be playing behind the bridge of the instrument – it is one of the extended techniques required in Garth Knox’s brilliant Marin Marais Variations on ‘Folies d’Espagne’ for four violas! Sure we don’t have a Beethoven concerto, but we do have much amazing music, largely due to Tertis’s legacy, and I can’t wait to celebrate this on Saturday. Gibson would be turning in his grave, perhaps, if he knew how much the efforts of Tertis have done for the instrument to this day!