The benefits of working with living composers

With a new album out featuring works only by living composers, violinist Madeleine Mitchell writes about how playing contemporary music is all part of being a well rounded musician 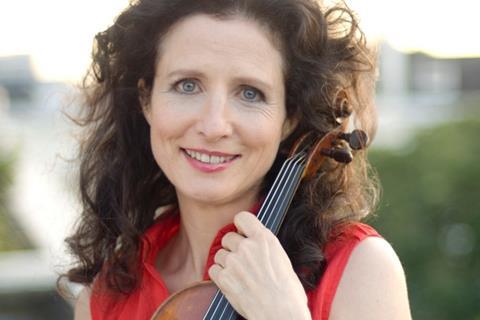 When you have a piece written for you and especially when you collaborate closely with the composer, you feel part of the creative process. And of course you can ask them things: What do you mean by that? Is that the right tempo? And so on. It’s invaluable to hear their insights into character, which may not be written in the score. It refreshes your approach to the composers no longer with us and I think it’s good to play a range of music, though I wish I could ask Mozart and Beethoven things too!

I’ve had an interest in contemporary music for many years. I used to write little pieces from the age of about nine and had ideas about being a film composer until my love of the violin took over in my teens – but I do think that playing contemporary music is part of being a well rounded musician. It’s always seemed an obvious thing to me to play works by my contemporaries. My first job was as the last violinist/violist in Sir Peter Maxwell Davies’ seminal group The Fires of London at the same time as starting out on a solo career in standard repertoire. Through Max I met many composers who later wrote works for me, such as Brian Elias, my first commission; Piers Hellawell (the Violin Concerto Elegy in the Time of Freedom 1992); and James MacMillan (Kiss on Wood 1993 and A Different World 1995). The next will be Robert Saxton, whom I met during Fires days – his own instrument is the violin and he is writing me a new violin sonata next year. 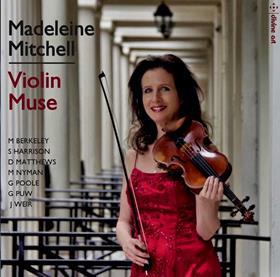 Click here to find out more about ‘Violin Muse’

I’ve now had over 30 works written for me - quite a number as gifts. It often happens organically, knowing other works by that composer, them expressing an interest or sometimes a festival wanting to have a premiere. For my Arts Council funded thre-year collaboration with percussion, FiddleSticks, we wanted to commission and record companion pieces to Lou Harrison’s Violin Concerto with Percussion Orchestra, so there was a particular brief.

Most of the composers who’ve written pieces for me are not string players, but one of the most fiendishly difficult ones was a solo piece by Nigel Osborne (Taw-Raw 2004) and since he does play I was able to get him to show me the techniques he had in mind. I worked at it for weeks but now it’s in there. Contemporary music can really stretch you and take you out of your comfort zone.

For my latest album of works by living composers, Violin Muse, six out of seven composers are not themselves violinists. Sadie Harrison, who is, was able to be precise about elements such as vibrato and so on. I’ve noticed that some composers think 5ths are natural to the violin, but in fact that is only true on open strings, and stopped 5ths can be the reverse. I mentioned this before Guto Puw began writing his Violin Concerto for me (which I recorded with the BBC National Orchestra of Wales) and instead he’s used 7ths a lot. There were a few figurations where I made small suggestions to make it more practical and lie under the hand and he, like many of the other composers who’ve written for me, readily accepted them. For instance, at a rehearsal with David Matthews for the Romanza I commissioned, he spoke about the last statement of the waltz being distant, and I suggested using a mute which he thought works well. Judith Weir’s Atlantic Drift violin duos are quite folky and therefore violinistic, though with some quirky passages too. She intended them to be practical and technically accessible for by young musicians, so was delighted that I recorded them with a former student. The pieces on Violin Muse are linked by lyricism, which I believe is the innate quality of the violin and what attracted me to this beautiful instrument.

I like to mix concert programmes up too, combining contemporary with more standard repertoire. A typical one is the joint celebration of Michael Berkeley’s 70th and David Matthews’ 75th birthdays (17 March 2018, Steiner Hall, London) which will include their works from my new album along with violin sonatas by Brahms and Debussy and the Cinq Melodies by Prokofiev. Another benefit of working with living composers is that both Michael and David will be there to give a pre-concert talk with me which is a bonus for the audience.