Learning how to lose control is Paganini's gift to violin music

With his new album of music by and inspired by Paganini out today, Michael Barenboim writes that the great violinist’s legacy as a composer is the invention of a specific kind of headlong virtuosity 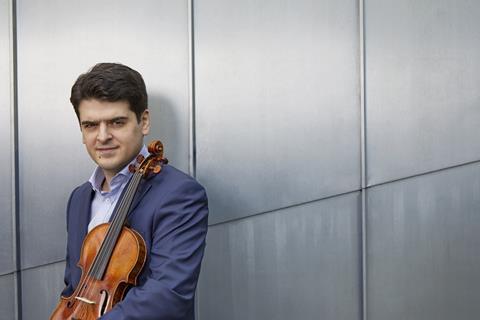 Paganini is the most well-known violinist in the history of music, that much is clear; in fact we associate his music almost exclusively with virtuosic wizardry on violin, without ever having heard him play a single note (contrary to what some claim, we cannot know with any certainty what he sounded like). Most of us know the stories of him doing the most unbelievable things on this instrument, and some of these are probably true; the most famous anecdote is of him having to play on the G string after the three other strings popped during a concert! But the more important point is that we have a very clear image of Paganini, and this image is transported through his music.

His 24 Caprices op. 1 are perfect to understand this, because they are 100% Paganini at his purest and clearest. No accompaniment, no large forms, just a violin and a considerable amount of technical difficulty. But beyond the technical problems these Caprices offer us, it is a specific type of virtuosity required. 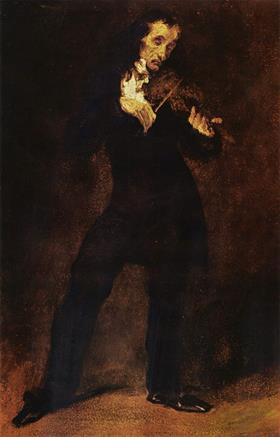 One of Paganini’s illustrious predecessors, Giuseppe Tartini, wrote one of the most famous violin pieces in history, known as the ‘Devil’s Trill Sonata’. In the third movement, the passage that gave the piece its name supposedly depicts a dream about how the devil plays Tartini’s violin ‘with such great art and intelligence, as I had never even conceived in my boldest flights of fantasy. I felt enraptured, transported, enchanted: my breath failed me, and I awoke. I immediately grasped my violin in order to retain, in part at least, the impression of my dream. In vain!’

Why mention this? Because this gives us the key to understanding what type of virtuosity we are after in Paganini’s music: the violinist is possessed, loses control of himself and of his instrument. There are countless performances of Paganini Caprices that are perfectly executed (which is already an achievement), but do not grasp the essence of this music – because they focus on control, on being on top, on mastery. While it is of course important to play the notes – preferably in tune! – the focus thereafter should be on exactly the opposite: loss of control, being possessed and unable to tame the instrument which is supposed to serve us.

As an example, let’s look a little more closely at the most celebrated of them all, Caprice no.24. This piece is really about emphasising the character and mood of each variation, right from the start (it’s a theme followed by variations, each of which highlights a specific type of technique and difficulty). Paganini even gives the variations contrasting dynamics most of the time to make this clear; the theme is piano, the first variation is forte, the second piano, the third forte, etc.). The last variation is followed by a finale, where the violinist gives up any semblance of control and plays impossibly fast arpeggios. The fact that the piece ends in a major key is not meant to signal a release of tension – quite the contrary: Paganini marks those major key arpeggios piano, so as to allow for as big a crescendo as possible while the arpeggios grow in speed. The piece ends with a short A major chord in fortissimo.

All violin writing until today is inspired by Paganini, but this type of virtuosity has remained dominant in Italian violin music to this day. One of the most celebrated contemporary works for solo violin, Luciano Berio’s Sequenza VIII, demands uncontrollable speed and extreme dynamic contrasts (the key words being uncontrollable and extreme). Another, Salvatore Sciarrino’s 6 Capricci, leans very heavily on Paganini, especially in the first two caprices, all the while creating a completely new sound world.

In these, as in countless other works, Paganini’s very specific type of virtuosity is not only a strong inspiration, but a prerequisite skill in order to be able to perform these works – it takes a lot of practice to be out of control. This is Paganini’s legacy, and this cements his place as one of the greats in the history of music.