From the Archive: students of today are distracted by fast cars and loud cinema

Albert J Roberts bemoans the pleasure-seeking of the younger generation in The Strad's July 1923 issue, and calls on music teachers not to give up on promoting their art in the face of such competition 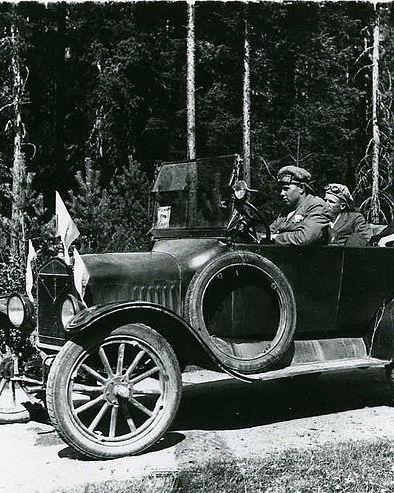 Several appreciative correspondents have written expressing their agreement with my observations concerning the allurements and distractions presented to the modern youth and maiden by the cinema, the dancing hall, the whist drive, and the football field. Some have described at length the conditions obtaining in their own towns or districts, and opine that nothing can be done to arrest the degenerate spirit of pleasure seeking now rampant in their midst.

Now if this is the aspect and attitude of the average teacher it is extremely unfortunate. No criticism is so destructive as ridicule, and to have the musical profession dubbed or classified as 'highbrows' or 'kill joys' would be as unjust as it would be disastrous.

We of the older school who looking backward into the early eighties remember the 'eight hours a day' devoted to scales, technical exercises, solos, theory and musical history, are apt to forget that then there were no cinemas, no light cars or motor bikes very little tennis or golf, while cheap excursions by road and rail were unknown.

The youth of today is whirled into a distraction of easily accessible pleasures long before he has the sense or discretion to make a wise selection. Hence he dabbles. On Sundays you will find him whizzing along the country roads, a weird whooping spectacle in grimy khaki and mica goggles. (If he had been born thirty years earlier, he might have been singing anthems in the church choir and robed in spotless white).

On Monday he goes to the cinema lured by the revolting trash that parades under some stupidly suggestive title. Tuesday, the whist drive, another evening wasted. Wednesday, dancing practice night, how pathetic! Thursday, entire change of programme at cinema, must see 'The Yellow Fang'. Friday, get the motor-bike ready for Saturday's spin. Saturday, the spin.

What a whirl and then we wonder why music is not more popular among young people and why when they get older the piano is often nothing but a dumb reminder of a misspent youth. As a convenient sedative to a remorseful conscience they purchase a player piano or gramophone and try to look cheered as they grind out their paper rolls or turn over their vulcanite ballads. Surely such a picture is sufficiently pathetic to stir any musician who has sought, found and cultivated the supreme gift of self-expression in music to a very practical compassion for those hungry, penitent souls.

Du Maurier tells us in his 'Peter Ibbetson' how his soul hungered for self-expression, and how he haunted the concert halls where great artists enraptured him with enchanting visions woven of sweet harmonies. 'Next day' he writes, 'I would buy the music that filled me with such emotion and delight, and try to finger it all out for myself. But I had begun too late in life. To sit longing and helpless before an instrument one cannot play, with a lovely score that one cannot read: Even Tantalus was spared such an ordeal as that.'

Now there are thousands of such hungry souls around us – most of them realising that for them 'it is too late'. These are beyond our help, but, thank God, there are the children, the little children that have not yet sold their heritage for a mess of pottage. What are we musicians and teachers doing for them? The field is so vast, the possibilities so great that one can only touch upon them as they occur.

Parents should be reminded of the vital importance of songs in the nursery. There are many volumes of charming nursery rhymes and simple songs which it should be every mother's duty to teach her little ones. School teachers, notwithstanding the quantity of instructive literature issued by the various councils, are rarely capable of effectively teaching vocal music, while instrumental music is entirely beyond their scope or duty. So what is the first duty of the modern musician?

First of all we must be imbued with that sincerity of purpose which is born of conviction. We must believe beyond all doubt that music is not a hobby or a pastime but necessity for the culture of every human soul. We must believe that after food, shelter and raiment, music is the next necessity for life's fulfillment. We must also believe that the diffusion of a taste for good music and a constant care for the increasing elevation of its character is as high and noble a calling as any ministry that God has entrusted to man.

We must realise that the cultivation of a musical taste furnishes a refined and intellectual pursuit which excludes the indulgence of frivolous and vicious amusements. When we have thus recognised our high calling we shall set our hands and hearts to the task with an enthusiasm which will encompass otherwise insuperable achievements.