Are completist concerts too much of a good thing?

Completist concerts are often criticised for serving up an ‘event’ instead of serving the music. But this kind of programming can reveal narratives in the music that would otherwise be hidden, argues Chloe Cutts 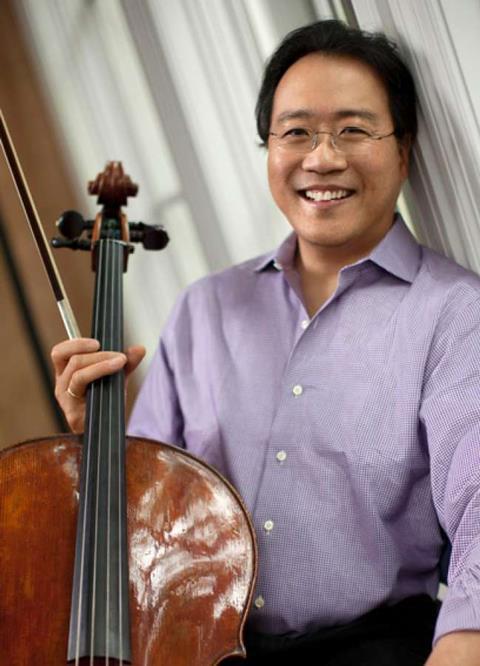 On 3 August the Carducci Quartet will perform all 15 Shostakovich string quartets in chronological order over the course of a single day at Shakespeare’s Globe in London. A month later, on 5 September, Yo-Yo Ma (pictured) will present his reading of Bach’s Cello Suites in a late-night concert at the BBC Proms. Bartók’s six string quartets – another great 20th-century cycle – has a long history of single-sitting performances, not least from the Emerson, the Takács and the Borromeo quartets.

Completist concerts tend to leave critics and audiences sharply divided. On the one hand, programmes that encompass an entire cycle of works are often extremely popular with audiences (the Yo-Yo Ma performance has already sold out, along with another complete cycle at this summer’s Proms: Prokofiev’s five piano concertos); but many critics regard such ventures as indulgent, sensationalist and misguided.

They will argue that musical ‘marathons’ such as these fail because the listener soon reaches saturation point and longs for a palate cleanser to break up all the sameness. The music was not conceived to be listened to in this way, they will argue: you can have too much of a good thing. All valid points, and yet while there are undoubtedly many who are attracted to the endurance-test ‘big event’ (particularly in a gladiatorial-like arena like the Royal Albert Hall), completist concert programmes can also offer a rare opportunity for players and listeners alike to follow, in a live setting, the development of a body of work in a way that would be impossible to appreciate when experienced in different concerts at different times.

In the art world, exhibitions that examine a particular area of an artist’s output are standard curatorial practice: Botticelli’s drawings at London’s National Gallery, Matisse’s cut-outs at Tate Modern. The experience of walking around an exhibition that has spotlighted a specific body of work is to focus the mind on the process of evolution and development. How has this artist used those resources across a given period of time? In the case of the Shostakovich and Bartók string quartets – which span most of their working lives – the ‘marathon’ approach reveals an extraordinarily rich and varied narrative.

Heard one after another, chronologically, the story is made all the more apparent. Furthermore, completist concert programmes presented in date order are a refreshingly tamper-free way to listen to music: there is no structure nor attempt to guide or contextualise the music. The concert effectively curates itself, and the audience experiences the music without interruption.

Naturally, the success or failure of the completist concert hinges first and foremost on the strength and variety of the music, and also on the feasibility of the cycle fitting into a single-sitting block of listening time. In all the examples given, the musical odysseys offer up such riches – expressively, conceptually and psychologically – that the listener (and here the strength of the performance comes into play) has every chance of being swept along for the journey.

At San Francisco’s Music@Menlo chamber music festival last summer, the Escher Quartet’s performance of the four string quartets by Zemlinsky, in number order, convinced me that this is the only way that this music should be heard. The biographical nature of these works somehow demands it. But even without the engrossing programme notes these pieces make for a fascinating evening’s listening. The acid test, of course, is in the experience itself. How I will feel at the end of the Carducci Quartet’s and Yo-Yo Ma’s respective concerts remains to be seen, but let’s make one thing clear: I will be going for the story, not for the big event.