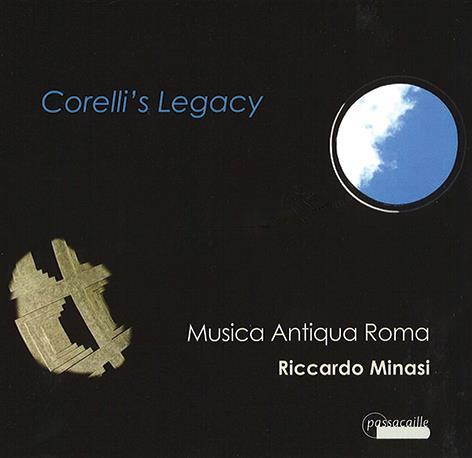 Musica Antiqua Roma showcases some of the legacy of Corelli’s Sonatas op.5, which served as models for numerous subsequent examples in the genre. Focusing on Italian composers, these performers commence with Corelli’s op.5 no.9 in the version attributed to Geminiani in Hawkins’s 1776 History of Music, but with further elaborations from an anonymous Manchester manuscript of c.1740. The resultant ornamental mismatch and overload are regrettable in the repeated sections of the Preludio, but distort the line rather less in the Giga and finale.

The vitality, rhetoric and drama with which the players infuse the harmonically and structurally unusual opening movement of Giovanni Carbonelli’s op.1 no.2 are emphatically illuminating. Violinist Riccardo Minasi’s contribution is particularly strong in personality, especially in the unaccompanied Giga by Antonio Montanari. Occasionally he is over-aggressive, as in the final Aria of the Carbonelli sonata, and some intonation blemishes remain. Cellist Marco Ceccato joins him in a concertante role in Locatelli’s op.8 no.10, its dialogue dispatched with virtuosity and panache. Sonatas by Prospero Castrucci (op.1 no.4) and Giovanni Mossi (op.1 no.5) are stylishly interpreted, and the dynamic range exploited in Gasparo Visconti’s op.1 no.5 makes for some compelling listening, thanks in no small measure to Margret Koll’s sensitive triple harp accompaniment. Balance and recording are largely satisfactory.