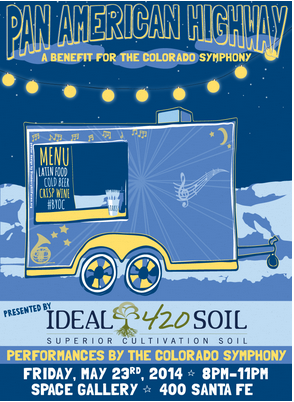 In what must be a first for a symphony orchestra, the Colorado Symphony has announced a series of performances in association with the cannabis industry. Mischievously titled ‘Classically Cannabis: The High Note Series’, the concerts for over 21s are organised by pro-marijuana promoter Edible Events and will begin on 23 May with three ‘bring-your-own’ cannabis events featuring small ensembles of CSO musicians at the Space Gallery in Santa Fe. The series will conclude with a large-scale open air performance, likely to feature the entire orchestra, at Red Rocks Amphitheatre on 13 September.

The state of Colorado legalised the use of marijuana on private property under Colorado Amendment 64 in 2012 and the first cannabis stores officially opened in January 2014. Residents aged 21 and over can buy 1oz (28g) of the drug, while those from out of the state can purchase up to 0.25oz.