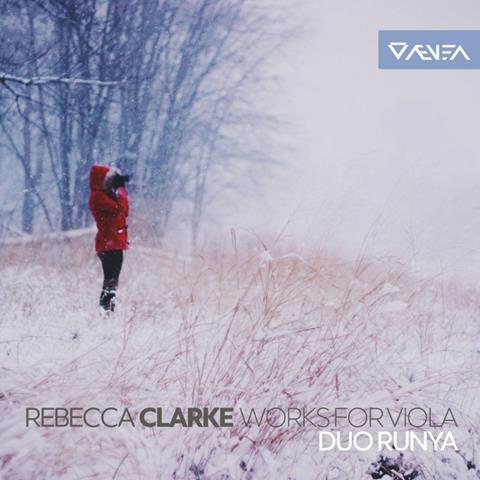 If you didn’t know that the first movement of Rebecca Clarke’s Viola Sonata was marked ‘impetuoso’, it wouldn’t be hard to guess so when listening to this fiery reading by the Roman sisters Diana and Arianna Bonatesta. The opening fanfares resonate excitingly at a swift tempo and the movement’s various contrasting sections are nicely gauged. The scherzo has an engaging lilt and the final movement is beautifully conceived, its recapitulation of the piece’s main motifs clearly laid out. The recording is perfectly balanced, allowing for plenty of detail that often gets obscured. (I was intrigued by an atypically less-than-unanimous allargando that comes along twice over in parallel passages, strongly suggesting a clumsy piece of editing.)

The rest of the CD is taken up with Clarke’s shorter viola works. In the Passacaglia, Diana Bonatesta employs a massive sound that suits the piece’s monumentality, while finding more intimate nuances for the hypnotic tone poem Morpheus. The pieces of Scottish and Irish inspiration have a beautiful simplicity of utterance, and the scurrilous spirit of Chinese Puzzle is well caught. In the early Lullaby and Untitled Piece I did miss some of the old-fashioned charm of someone like Lionel Tertis; but the Bonatesta sisters have entered convincingly into this very English composer’s idiom. Italian violinist Gabriele Campagna joins them ably for the Dumka, Clarke’s tuneful but slightly overlong exercise in faux-Bohemian folk music.