Cellists can be adrenaline 'thrivers' or 'crumplers', finds study 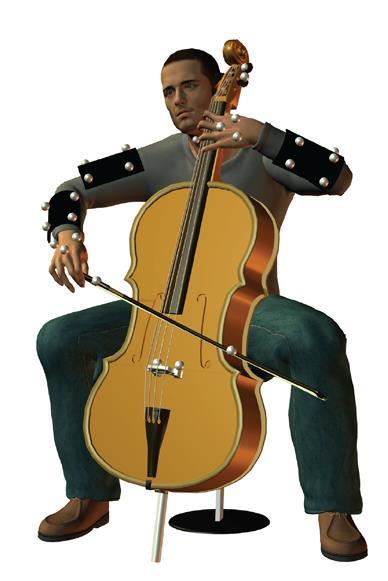 A new study into cellists’ behaviour has identified two different reactions to performing on stage. Researchers at the University of Birmingham found that the musicians could be categorised as either ‘thrivers’ or ‘crumplers’ when placed in a performance environment.

In the study, 24 cellists had their left arms dotted with tiny reflective discs, so that motion-capture cameras could monitor the angles of their left elbows as they played. At the same time, their heart rate was monitored using special ear-clips, to record changes in their adrenaline level.

The results showed that all 24 cellists had much higher heart rates when performing in public compared with when performing alone. But when comparing the position of the left arms, the research team found that non-anxious cellists played with more open elbows, which generally helped them them to reach the high notes in the music they were playing. The more anxious players performed with a more closed elbow position. The team characterised these two groups as adrenaline ‘thrivers’ and ‘crumplers’ respectively.

The research also found that in the presence of an audience, the cellists tended to become less variable in their left-arm shifting movements, and played more closely to the metronome beat.

The report concluded that a change in adrenaline levels is not necessarily an indication of stage fright, and in fact can be beneficial to a player. The authors also suggested that symptoms such as a racing heart and sweaty palms should be termed ‘performance arousal’.

Cellist Adrian Bradbury, a tutor at London’s Royal Academy of Music and co-author of the paper, said, ‘We would be interested to see if these behavioural findings are replicated in other disciplines, for example sport. And it would be fascinating to judge performance anxiety therapies by testing their success rates using this motion-capture technology.’

'This short video (without sound) is a representation of data collected during the performance of one of the participants. The ball in the top left represents sweat levels (galvanic skin response) – the redder the ball, the more sweat on the cellist's fingers. The red box in the top right represents the participant’s heart rate. The skeleton is a reconstruction of the cellist’s movements as detected by the motion-capture technology. The music the participant was playing is shown in the bottom right' – Adrian Bradbury