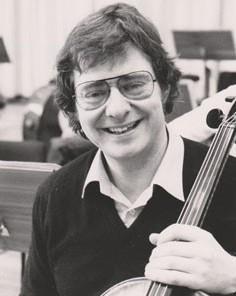 British cellist Douglas Cummings died on Wednesday at the age of 67. ‘Dougie’, as he was known, began his career at the age of 22 when he was appointed principal cellist of the London Symphony Orchestra in 1969 – a position he held for 24 years. He also served on the LSO’s Board of Directors from 1979–82, before leaving the orchestra in 1993 to pursue a teaching career at the Royal Academy of Music in London, the Royal Welsh College of Music and Drama and the Oundle School in Northamptonshire.

No stranger to television, Cummings appeared on a number of BBC broadcasts under André Previn, and premiered the conductor’s Cello Concerto. Following a brain haemorrhage in 1982, he also appeared in the series 'Life of an Orchestra', which was broadcast on BBC1.

The son of viola player Keith Cummings, Douglas studied at the Royal Academy of Music and in California with Gregor Piatigorsky before returning to the UK to work with the London Mozart Players and English Chamber Orchestra. An acclaimed chamber musician, he performed with London Virtuosi, the Lindsay String Quartet and the Lake Piano Trio.

He was made a Fellow of the Royal Academy of Music in 1977 and given Life Membership of the London Cello Society in 2010. His playing can be heard on a number of recordings, including ‘The British Cello Phenomenon’, released on Cello Classics in 2004, and with The Lindsays in Schubert on Sanctuary Classics.

‘I know we all share fond memories of the extraordinary player and fun-lover that was Dougie,’ said LSO chairman and sub-leader Lennox Mackenzie. ‘His extraordinarily moving performance in 1983 of the Elgar Cello Concerto at Sydney Opera House with the LSO under Claudio Abbado's baton will remain with me forever as something to be treasured.'