Behind the scenes at our June issue cover shoot – by The Strad's designer, Elma Aquino 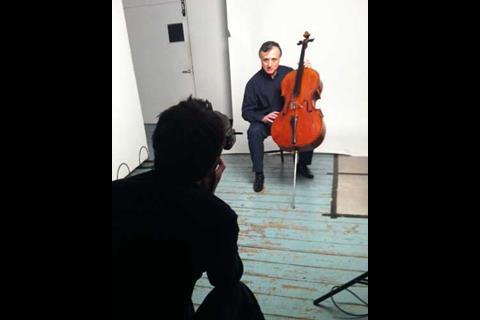 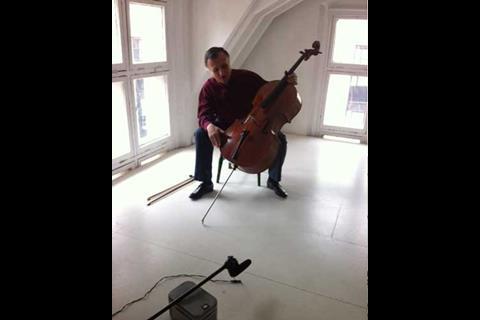 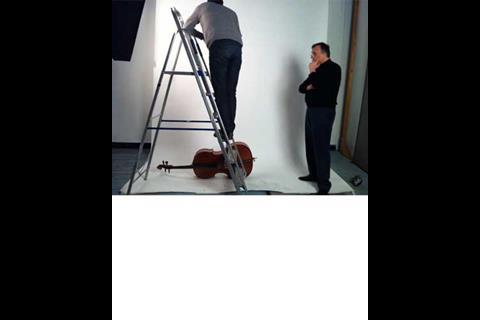 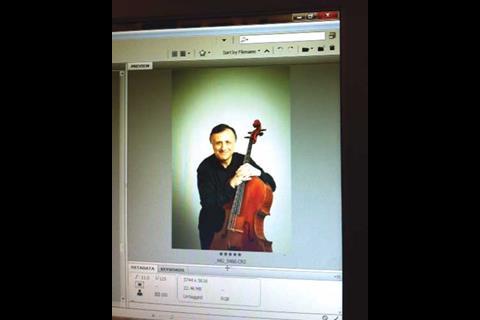 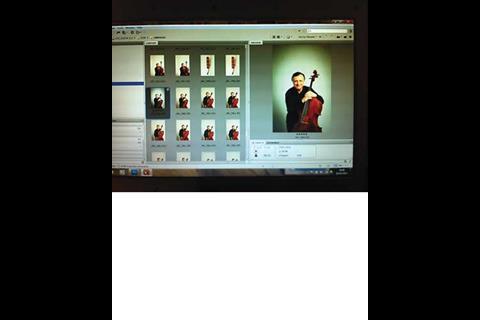 It was a cold and damp April morning when I made my way to a London photography studio for the June cover and poster instrument shoot. Deputy editor Peter Somerford and I met the photographer Benjamin Ealovega and his assistant Robert Le Baron at the studio to shoot cellist Raphael Wallfisch and his 1865 Vuillaume cello.

The aim for the day was to create a cover image that, unusually for The Strad, would give equal billing to both player and instrument. We also needed to shoot a side view of the cello for the June poster. On top of that we wanted to film Raphael talking about the cello and playing it.

Over a cup of strong tea, we deliberated over Raphael's outfit and some potential poses before starting in on the cover shoot. It was important for us to come up with a balanced composition that would give similar weight to Raphael and his cello. We played around with many positions, with Raphael sitting (image 1) and standing, having the cello up high or to the side. We wanted the cover image to look inviting, relaxed and less posed. It took us several attempts to really get what we were looking for. Lighting was carefully placed around the subjects, as it was vital for the cello to be shot as crisply as possibly, and with optimum colour accuracy.

At midday we moved on to filming. Raphael had a quick change of clothes and we headed upstairs to a studio with windows, in order to highlight the colours of the cello and to give a fresh feel to the video. As seen in image 2, we filmed Raphael talking through the Vuillaume cello's history and exploring the style and appearance of the instrument. He gave us a taste of its powerful yet sensitive sound, playing passages of Bach, Beethoven, Ravel and Tavener. The deep, rich sound resonated around the studio and into neighbouring studios.

In the afternoon we set up the studio to shoot the side view of the Vuillaume cello for the poster. It was a delicate operation that involved everyone at hand. To avoid damaging the cello, we rested it on its side and shot the instrument from above, as seen in image 3. It required a physical balancing act on the part of the photographer to capture a straight-on profile shot.

The day was exhausting but exhilarating, and we left the studio with a variety of cover shots and some extras for Raphael Wallfisch's cover feature, as shown in image 4 and image 5. To see more photos and video taken on the day, download the June issue now.

Find out what else is in The Strad this month