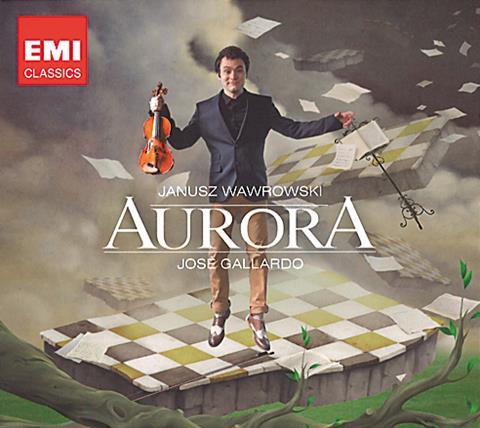 As anyone who has heard his fine recording of the Paganini Caprices on Accord will testify, Janusz Wawrowski possesses a formidable technique, allied to a sparklingly lithe tone, coloured by an alluring, medium-paced vibrato. This works particularly well in the neo-Classical gestures of Ravel’s G major Sonata, imparting to the central movement’s laid-back blues a sultry, smoky decadence, articulated by immaculately judged portamentos. In the opening ‘L’aurore’ movement from the fifth of Ysaÿe’s solo sonatas, Wawrowski creates the extraordinary impression of infinitely contrasted hues and colours, almost as though two different instruments are playing simultaneously. He also captures the outdoor earthiness of the ‘Danse rustique’ to perfection, taking the many passages of multiple-stopping (including the notorious legato rising passage towards the end) in his stride.

The expressively multilayered textures of Lutoslawski’s Subito are also brought stunningly to life by Wawrowski’s Harlequin-like ability to change mood in an instant. He also memorably captures the exotic, sensual changeability of Szymanowski’s Mythes, relishing the music’s Scriabinesque combustibility, creating the uncanny impression of music living very close to the edge – although some might prefer a more seductively opulent sound in these erotically charged pieces. José Gallardo’s chameleonesque pianism complements Wawrowski’s searching interpretations ideally, and the recording is a model of well-balanced precision.