Ahead of her Wigmore Hall recital on Sunday, the British cellist recalls her first contact with Ernest Bloch’s music and its deeper significance to her 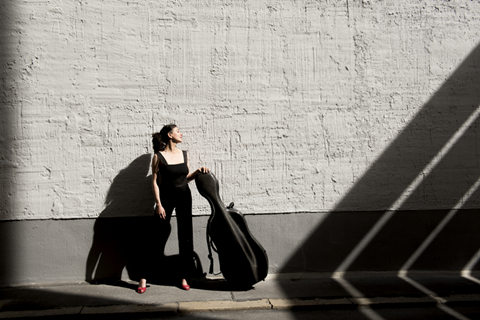 Yesterday, I had just finished practising Ernest Bloch’s the first Solo Suite ahead of my concert at the Wigmore Hall this Sunday, and it happened to be Yom Kippur (the holiest day of the year in the Jewish calendar) so I was feeling suitably guilty in every way possible! But it made me think of Bloch and the world he lived in, the sense of loneliness that pervades much of his music and the power he found by looking inwards.

My first introduction to his music was to the Three Scenes from Jewish Life at the suggestion of my cello teacher, Anna Shuttleworth. I was twelve years old and had never heard anything quite like it before.

I grew up in a secular Jewish household and I don’t think I had ever been exposed to religious or ‘Jewish’ music of any kind, but as soon as I heard the ‘Prayer’ and ‘Jewish Song’ (nos. 1 and 3 from Jewish Life) it felt as if it was music I had known all along – as if from another life. It was wonderful, decades later, to read these words from Bloch himself about his so called Jewish Period of composition:

The Solo Suites are different to the vast orchestral canvases of Schelomo and Voice in the Wilderness. They were written at the other end of Bloch’s life, on the other side of the world and with a very specific cellist in mind – and one of the very greatest in my opinion – Zara Nelsova.

Bloch’s love for the cello is evident as is his love for the cello repertoire – Bach and Brahms particularly. They also demand real stamina: Nelsova had almost unrivalled strength (many disgruntled male colleagues thought she must be a man in disguise to have such power!) and yet what I love most about all three is the sense of intimacy and loneliness.

I know much less of Bloch’s late life, but there are hints in the lonely pictures that he took (he was a keen photographer) of a sense of desolation. He is typical of the generation that left their old Europe behind, never to return. I hear a homesickness in much of his later work, a feeling that what is left unsaid is as important as what is said.

Natalie Clein is performing works by Bloch, Vaughan Williams and Bridge at the Wigmore Hall this Sunday, 23 September, at 11.30am. Click here for more details and tickets