For the German cellist, this concerto brings back memories of a year of mentorship by the great Mstislav Rostropovich 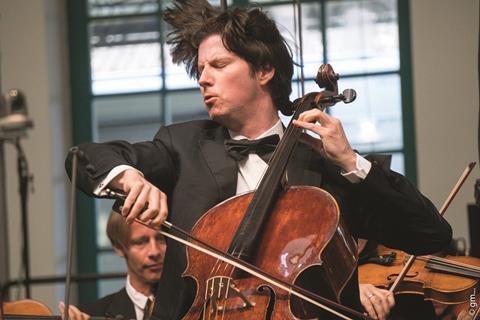 The following is an extract from a longer ‘Sentimental Work’ interview in The Strad December 2017 – to read it in full, download the issue on desktop computer or via the The Strad App, or buy the print edition

I learnt a lot about the First Concerto from Mstislav Rostropovich, who gave the premiere in 1959. I was lucky enough to be supported by the Anne-Sophie Mutter Foundation, which arranged for me to play for him in Evian, France, when he was artistic director of the festival there. After listening to me, he graciously took me on as his student for a year, during which time I was able to sit in on his rehearsals and masterclasses, and listen to him practise. Talking to him was endlessly fascinating, especially given his centrality to Russian music of the 20th century, and he gave me all sorts of insights about how he would work with Shostakovich.

He said that the composer was always very certain of what he wanted to hear, and Slava never dared to contradict anything he said – in contrast to Prokofiev, who was more than happy to hear his suggestions on a piece and change it accordingly. Shostakovich, he said, was also a quiet individual (very unlike Slava himself ), and whenever they met, he would insist on sitting outside in the garden for ten minutes in complete silence. Afterwards, Shostakovich would thank Slava for making his life easier through this wordless support!

To read the full interview with Daniel Müller-Schott, download The Strad’s December 2017 issue on desktop computer or via the The Strad App, or buy the print edition