Founded in 2013, the Paris-based ensemble of young performers will release their debut album in late 2017, featuring works of Mendelssohn 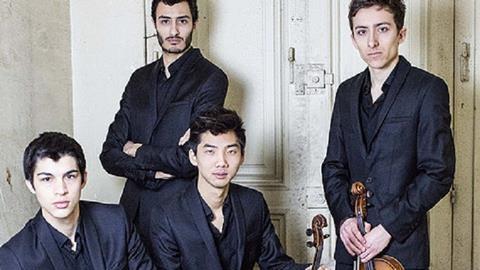 The Arod Quartet has signed an exclusive recording contract with Erato. Founded in 2013, the Paris-based ensemble of young performers - all in their early twenties - will release their debut album in late 2017, featuring works of Mendelssohn, including the composer's String Quartet no.2 op.13

'The label Erato has had an essential place in our earliest musical discoveries, planting the seed that inspired us to devote our lives to music,' said the Arod Quartet. 'Today, we have the great pleasure to realise our dream alongside such artists as Renaud and Gautier Capuçon, Nicholas Angelich, Sabine Devieilhe, Bertrand Chamayou, and of course the Artemis and Ebène quartets from whom we have learned so much.'