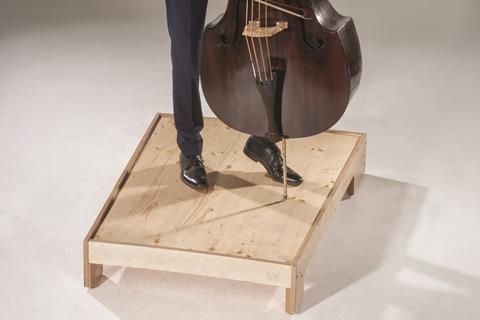 As principal double bassist of the Deutsche Kammerphilharmonie Bremen, Matthias Beltinger has spent a lot of time thinking about what affects the sound of his instrument. ‘Since conductors usually prefer us to be higher up, bassists and our instruments tend to be on risers at the back of the stage,’ he says.

‘I realised, playing in venues all over the world, that different risers had different impacts on the sound. Most often they are wooden boxes with very hard surfaces – meaning more volume but also more “boominess”, which is often exactly what bassists are trying to avoid.’ His answer to this dilemma was the Resonanzio resonance podium, whose fans now include musicians of the Hamburg Elbphilharmonie, London Symphony and New York Philharmonic orchestras.

Working together with Bernhard Prösler, a carpenter experienced in guitar design, Beltinger devised a podium that would not only raise the position of an instrument but enhance its sound, too. ‘The surfaces of standard wooden podiums used by cellists and bassists are often made of plywood,’ he explains. 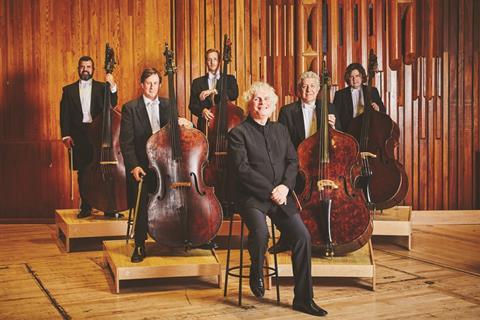 ‘You need a solid frame, of course, but the top should be soft and resonant. To achieve this, we looked at the kinds of tonewood used for centuries for stringed instruments and piano soundboards.’ He claims that using these woods for the ‘resonance plate’ helps to produce a clearer, richer sound at low frequencies, with greater clarity and more overtones.

The podiums are available in different heights to suit the needs of orchestral cellists and bassists, chamber music ensembles, and soloists. According to Beltinger, however, it isn’t just instruments with endpins that stand to benefit.

‘They also work for Baroque cellos, which don’t have endpins, and even for violins and violas, since the soundwaves in the air trigger the resonance plate below,’ he says. ‘Stages have to be hard and resilient to withstand the forces acting on them, which is why acousticians tend to concentrate on walls and ceilings. With its easily triggered resonance plate, the Resonanzio podium is a solution to that.’