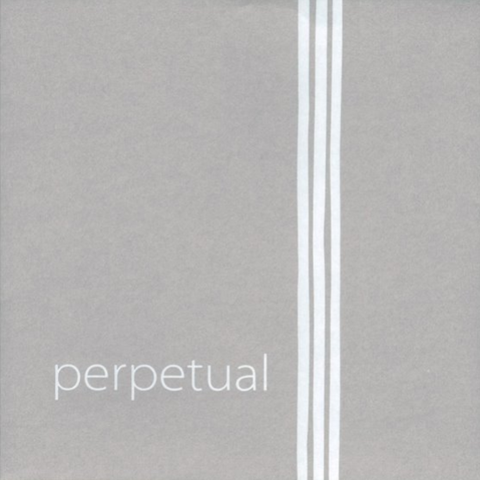 German manufacturer Pirastro has created two new cello strings that its technical director Adrian Müller says are the finishing touches to its Perpetual range. ‘Although we’d already covered a lot of what we felt cellists were looking for, there were still a couple of things that needed work,’ he explains. ‘Many players are always searching for a steel A string that gives them more warmth without compromising the power of their tone, for example, which is what the new Perpetual A Soloist Strong has been engineered to do.’ Greater power often equates with significantly higher tension, but Müller was conscious of the demands this puts on players’ instruments. ‘An A string with even higher tension would put a level of strain on the cello that many people, particularly those who play older instruments, would find unacceptable,’ he says. Based on the Perpetual A Soloist string, the A Soloist Strong instead substitutes increased diameter. ’ These changes required us to alter its physical composition, resulting a string that feels very strong under the fingers, almost more like a D.’

A beefed-up construction is also at the root of Pirastro’s other new introduction, the Perpetual C Edition Strong. ‘As with the new A string, we wanted increased power without compromising the warmth or the range of audible overtones,’ says Müller, comparing its sound to a lion’s roar.

‘It has a high torsional stiffness, so it doesn’t roll under the fingers. You get improved contact and a faster response time.’ Accurately describing the sound of a particular string is notoriously tricky. To help players make sense of all this, Pirastro has created a new chart that plots its cello strings on a spectrum from ‘warm and round’, at one end, to ‘clear and focused’ at the other. The A Soloist Strong is the manufacturer’s warmest A string, it suggests, while for C strings, the the Edition Strong falls somewhere in the middle. ‘It’s very difficult to grade sound objectively,’ Müller concedes, ‘but we hope the chart will help players understand how we think, and to make the best choices for their instrument and their playing.’