A quarter of orchestral musicians in constant pain, finds study 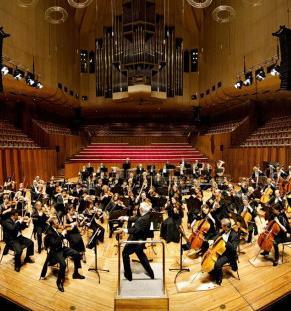 A new study of symphony orchestra musicians in Australia found that a significant minority experience chronic performance-related pain. Half of the 377 players from Australia's eight professional state orchestras questioned for the study reported that they currently have pain when performing. One quarter said that they experience performance-related pain constantly, even when they are not playing.

The findings were published this month in Psychology of Music, in a paper by Dianna Kenny and Bronwen Ackermann from the University of Sydney, Australia. The study also examined the relationship between performance-related musculoskeletal pain and psychological factors, namely depression and performance anxiety.

Most of the musicians surveyed (84 per cent) said they had experienced pain that had interfered with their performance, and 21 per cent described the severity of the pain as 'the worst imaginable'. The musicians who reported that they often experienced pain were more likely to be those who had the most severe levels of pain. More women than men reported experiencing performance-impairing pain, and on more occasions than their male colleagues.

The study also found strong links between the severity of the pain and performance anxiety, and between pain severity and depression, although the latter relationship proved to be complex. While a significant proportion of musicians bore out the authors' hypothesis that more depression would equal more pain, some twenty-five per cent of musicians reported no depression but the most severe pain. The authors identified this group as possible 'somatisers' – people who express their psychological distress in physical ways, while denying their emotional distress. The authors write: 'Musician 'somatisers' need closer study... in order to further our understanding of this vulnerable group and to assist in the management of their pain.'

The results of the study suggest that treating performance-related pain in professional musicians 'would be more effective if depression and/or music performance anxiety were assessed and, where indicated, treated concurrently'.

To read an article by Janet Horvath on measures that string players can take to keep healthy, click here