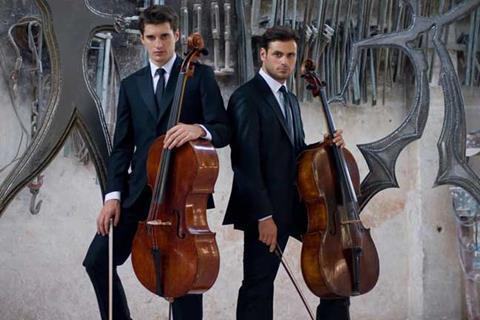 The Croatian cello duo 2Cellos, consisting of classically trained Luka Sulic (born August 25 1987) and Stjepan Hauser (born 15 June 1986), is best known for its instrumental arrangements of pop and rock songs. The pair met at a master class in Croatia while still in their teens, and shot to fame in 2011, after their cover of 'Smooth Criminal' became a hit on YouTube. Since then projects have ranged from a performance in Buckingham Palace to an appearance on the TV Series, Glee, while collaborators have included Elton John, Lang Lang, Steve Vai and Zucchero. Currently signed to record label Sony Masterworks, the duo have released three rock and pop albums, but insist that they will not abandon classical music. Their version  of 'Thunderstruck', a fusion of Baroque and Hard Rock, went viral on YouTube in March 2014.